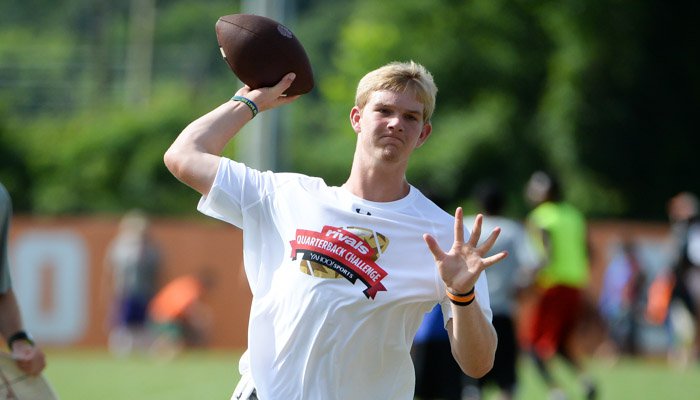 Clemson quarterback commit Chase Brice was impressive on Sunday as he was named MVP of all the quarterbacks at the Nike 'The Opening' Regionals (ATL) camp.

He was also awarded an invite to the Nike Elite 11 quarterback camp in Los Angeles, California on July 5-10.

Shoutout to my boys for getting invited to the Opening and Elite 11 ??? #ALLIN @arodgers_3 @CBrice_2