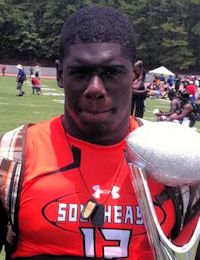 “I do not know how to respond to the news about the assistant coaches because I have been told they could still interview,” Lawson said. “So as of now I am not sure what to think.”

Malzahn has made a few attempts to get in touch with Lawson, but as of Wednesday night he had been unsuccessful.