Butler High School in Matthews, N.C., could some become the epicenter of the recruiting world.

That will happen if its three four-star prospects decide to announce their decision in May or June, as they are contemplating.

The possibility of such an announcement has receiver Uriah Lemay 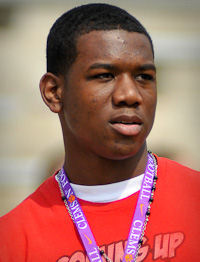 View Full Profile moving his timetable up. Instead of announcing his top five on June 1, he has decided to announce a top 10 on May 1 and perhaps announce his commitment in late May or June.