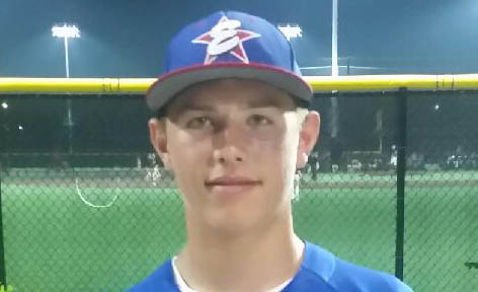 The brother of New York Jets quarterback Christian Hackenberg has committed to play baseball at Clemson.

Adam Hackenberg, a class of 2018 catcher who attends Fork Union, made the commitment Friday afternoon.

"The place has a special energy to it," Hackenberg told TigerNet. "When I step on campus my heart starts beating faster and I love it. I love being around the coaching staff and can't wait for the fall of 2018."

Hackenberg hit .415 this spring in high school baseball. He was named all-prep league and 1st team all-state for the VISAA at catcher.

He had offers from UVA, Penn State, Liberty, and Clemson. The Tigers offered last week.

His brother Christian played quarterback at Penn St. before being drafted by the New York Jets in this year’s NFL draft. His other brother played soccer at Penn St. However, Adam says that Clemson is a perfect fit, and that head coach Monte Lee is glad to have the younger Hackenberg on board.

“He (Lee) was at a ballpark watching a game but he said, ‘Wow! That is awesome and I am glad we got you. Glad you found your place.'”

Hackenberg said he will play catcher and has no plans to try out for the football team even though he plays for Fork Union.

“Primary catcher then wherever else he needs me. He believes that my athleticism can transfer to multiple positions down the corners of the field,” Hackenberg said. “As for football, no sir. I love football but I play linebacker and beating your shoulders up like that could hurt my baseball career.”