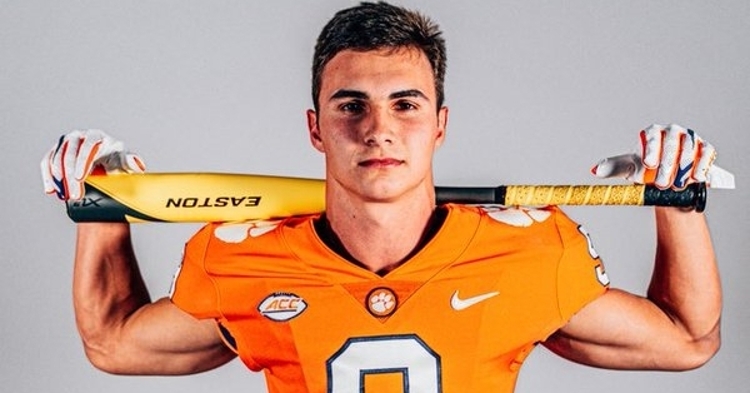 Taylor has offers from Clemson football and baseball now.

2021 Clemson baseball commit Will Taylor (Columbia, SC) announced he has an offer from Clemson football as well.

The Dutch Fork athlete has had interest from the football side for a while now, telling TigerNet in March that wide receivers coach Tyler Grisham had been in touch the most.

“I’m mainly talking to Coach (Tyler) Grisham about how I would contribute to the team if given the opportunity,” said Taylor. “He’s a cool guy. He was a great player and I know he is a great coach.”

Playing quarterback during his high school career, Taylor racked up 1,647 yards passing and 1,549 yards rushing to go along with 19 touchdowns for the 2019 football season at Ben Lippen School.

“If it came down to one sport, it would come down to whatever team I think I would have the most impact on,” Taylor said of football and baseball in March. “That would take some major decisions. But that would be awesome to be able to do both."

Taylor is the first Clemson in-state offer for 2021.

Dutch Fork is slated to start its season at home on Sept. 25 versus White Knoll.

The outfielder prospect committed to Clemson baseball in July 2019.

Thankful to receive an offer from Clemson University!! #GoTigers?? pic.twitter.com/pSKrW7BTKq

Interesting note here to follow as Will Taylor, #50 overall in latest #PGDraft Top 300 & #Clemson baseball commit, picks up an offer for football too. The Tigers also have RHP/QB Bubba Chandler (#60 overall on Top 300) committed for both.
Link to Top 300: https://t.co/AIuZAA4cck https://t.co/Fhewjq3vGL