It looks like you are using an ad-blocker. You may not have realized, but our team is mostly supported by ad revenue. TigerNet has provided free Clemson sports news for over 25 years. Help us keep doing that by turning off your ad blocker or joining our ad-free membership level. Thank you!
Go Ad-Free! Continue browsing TigerNet with your adblocker active with a monthly or annual Orange Level membership.
Allow sponsors to pay for your browsing Disable your adblocker on TigerNet and ads will fund your browsing.
Already an Orange Level member? Please Login | Need help? Contact support
BREAKING
Stay hot Clemson: Clemson picks up huge commitment from No. 1 player in Kansas
Zion Williamson - Forward
TigerNet: 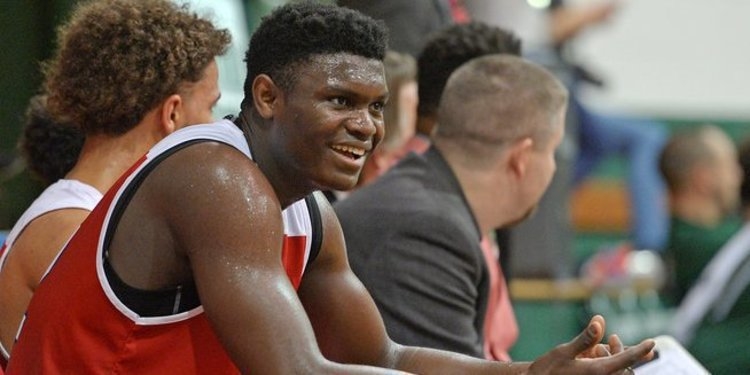 Five-star basketball prospect Zion Williamson cited a "brotherhood" and family in picking Duke over Clemson and a host of presumed finalists during a televised ceremony at his school Saturday night.

The class of 2018 Spartanburg Day School forward opted for Blue Devils over other blue-blood suitors such as Kentucky, North Carolina and Kansas, as well as instate South Carolina and Clemson. Williamson is rated as high as the No. 2 prospect in the country and the No. 1 power forward.

Williamson didn’t put out a top schools list even as his recruitment drawing to a close. As of Saturday afternoon, 88 percent of the projections on 247Sports’ Crystal Ball had him going to Clemson, with Kentucky, South Carolina and UNC each drawing four percent.

"First I'd like to thank South Carolina and Clemson for taking the time to recruit me," Williamson said on the ESPN broadcast, "but like my mom said, I had to follow my heart."

Clemson was in early on Williamson’s recruitment, becoming the first team to offer him following his freshman season. He also had Tiger ties with stepdad Lee Anderson being a former Clemson basketball player.

The 6-foot-6 playmaker averaged 36.8 points, 13 rebounds, 3 steals and 2.5 blocks per game as a junior. The McDonald’s All-American has missed time this season with a foot injury, but averaged 37 points and 16.5 rebounds in November and posted 31 points in his return from injury last week and 34 points and nine rebounds last time out.