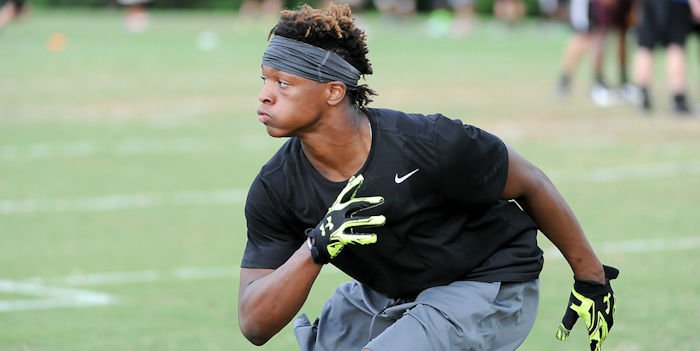 4-star 2017 defensive back Xavier McKinney from Roswell, Georgia has released his five schools which he will take his official visits to with Florida, Clemson, Ohio State, Georgia, and Alabama.

McKinney is a consensus 4-star safety by all the major recruiting services and he actually de-committed from Alabama in July.

McKinney was very impressive during the 2015 Dabo Swinney Football camp showing off his size with good overall coverage skills.

As a junior, he had 55 solo tackles, 52 assists, and nine interceptions.

He reportedly plans to make his announcement at the Under Armour All-Star game.