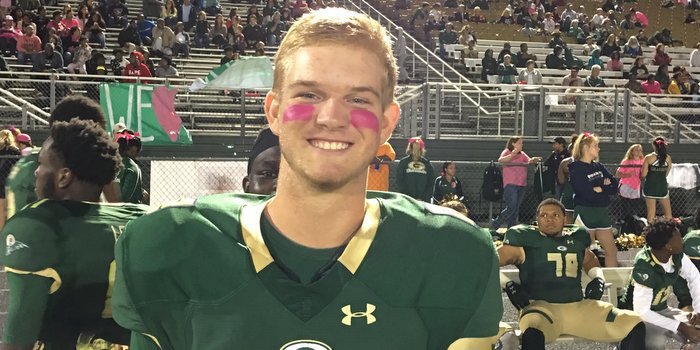 This past season he completed 176 for 269 for 2851 yards and 33 touchdowns with only three interceptions. He finished his high school career record with 7977 passing yards and 89 passing touchdowns and an overall team record of 40-7.