Clemson quarterback Deshaun Watson accepted his Davey O'Brien award in Fort Worth, Texas on Monday as the nation's top quarterback.

Watson completed 333 of 491 passes for 4,104 yards and 35 touchdowns and also had 207 rushes for 1105 yards and 12 scores this past season. His 5,209 yards of total offense and his 47 total touchdowns were ACC records and his rushing total was a record for a Clemson quarterback.

"That was our goal -- we wanted to be legendary. There had never been a 15-0 team," Watson said via ESPN. "We wanted to set a new standard. We were just a couple of plays away from [that] against, probably, they say, one of the best teams Alabama has ever had."

His 487 yards of total offense set a record for a National Championship game and he is the first quarterback in FBS history to have at least 4,000 passing yards and 1,000 rushing yards in a single season.

Watson was asked if his junior season at Clemson would be his final one before the NFL.

"I won't make that decision until the end of the season, whenever that final game is, and depending on if I stay healthy and how good of a season this is," he said. "My main focus is training hard and putting on my weight and getting this whole team on the right page to finish that unfinished business we need to finish. The NFL and all that stuff, I'm not even going to worry about it. ... I only get to experience this college football once. I want to live it up while I can."

The man of the hour checking out his new hardware. pic.twitter.com/cpfHXsKPDG

Our guest of honor, Deshaun Watson, took a tour of @ATTStadium with his mom and aunt this morning. #DaveyOBrienAward pic.twitter.com/Y4rQkNl0uq 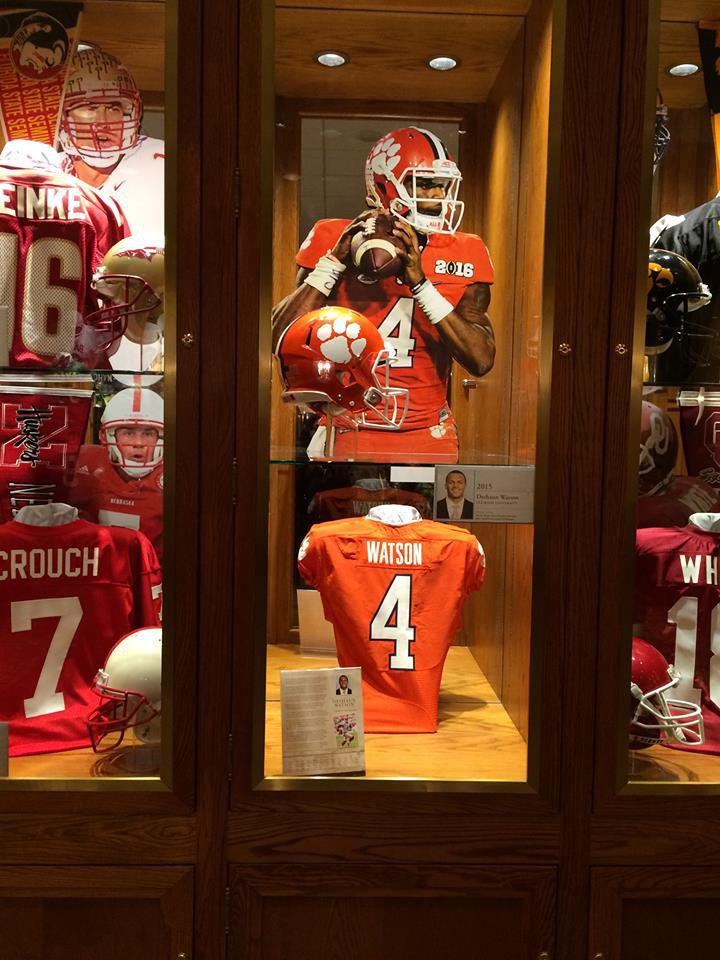 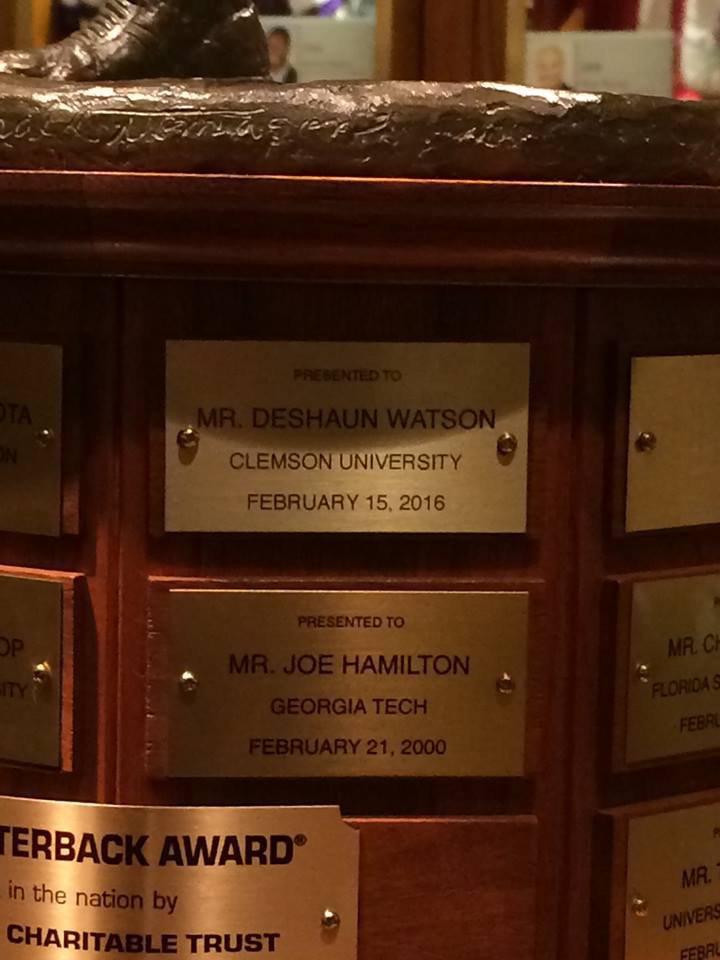 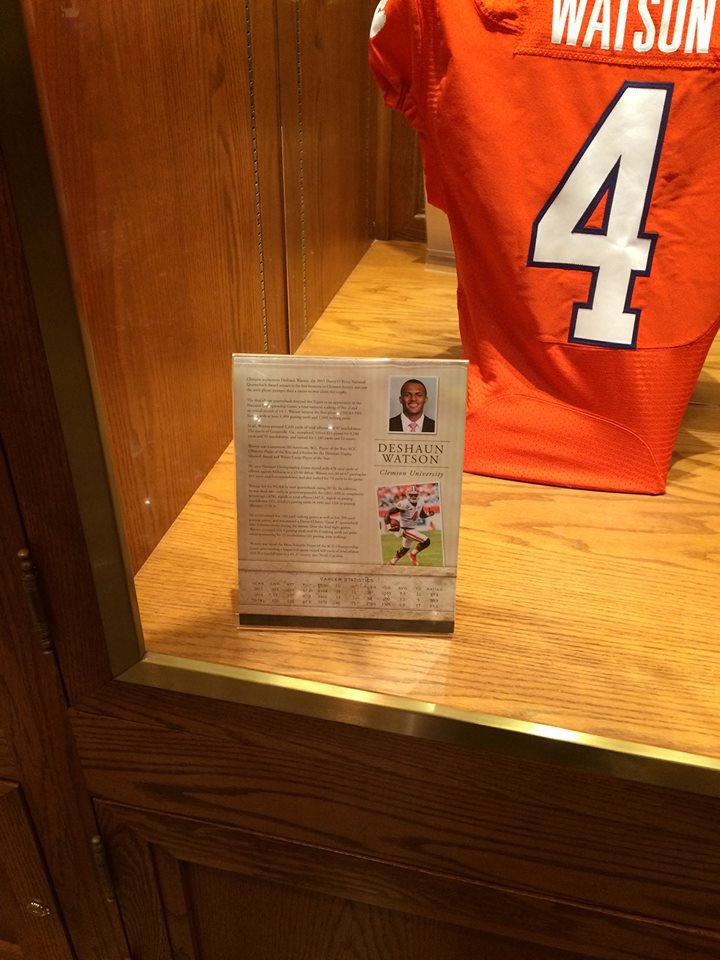