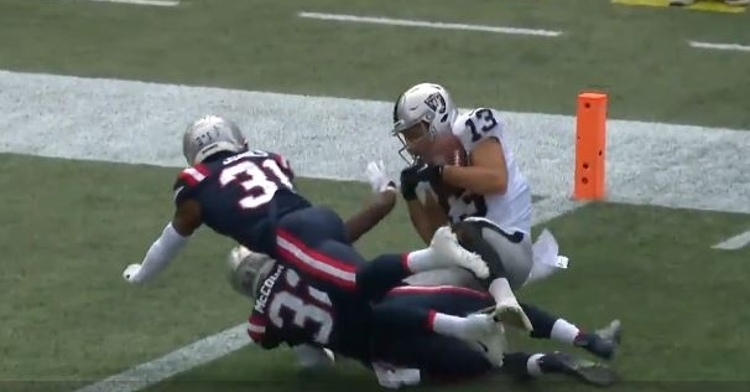 So far in the contest, Renfrow has three catches for 54 yards.

He has five catches for 58 yards through the first two NFL games.