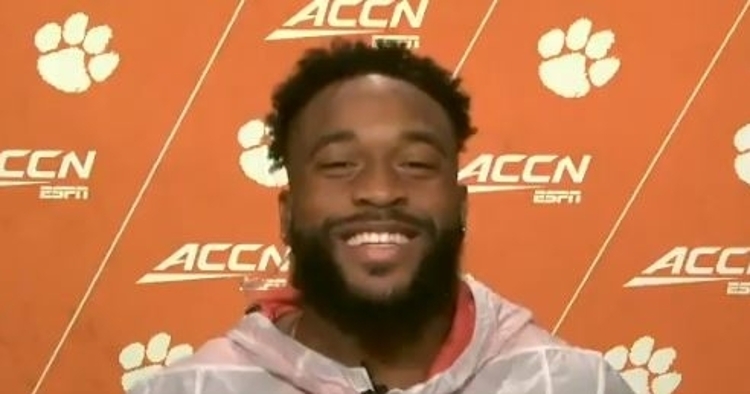 Amari Rodgers was interviewed on the ACC Network on Monday

Clemson senior wide receiver Amari Rodgers is one of the most explosive players in college football. With that being said, he has had a few former 'WRU' members that have been good role models over the years.

Rodgers was on the ACC Network's Packer and Durham show on Monday as he answered questions about which former Clemson receivers had the best football traits.

He picked that DeAndre Hopkins had the best hands, Hunter Renfrow ran the best routes, and Sammy Watkins had the most explosive speed.

He was then asked which of those players he would like to be for one game.

"I'll say Sammy's explosiveness with the way he is able to break tackles and the way he did that in college and just take it to the house. I'd like to steal that for one game, do a couple of those."

.@MarkPacker asked @arodgers_3 which former @ClemsonFB WR had the best …

Rodgers has five catches for 90 yards against Wake Forest in the season opener.

No better feeling than waking up 1-0!?? #WonTheDay