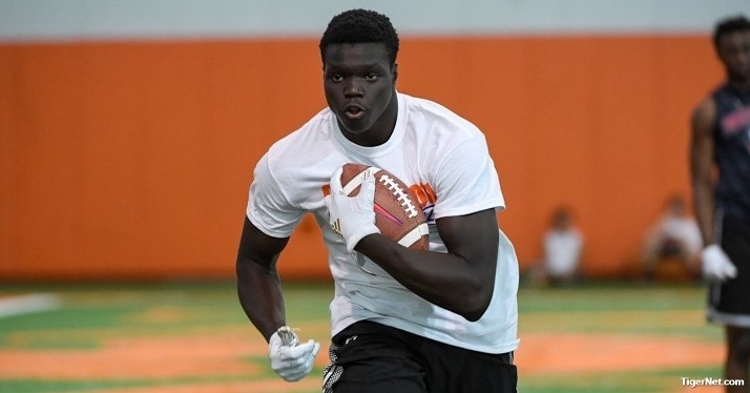 Ajou Ajou should be cleared to practice on Friday

The Clemson Football team had their annual 'Big Weigh-In' at the Poe Indoor Facility on Wednesday.

A few players were not in attendance including defensive end Xavier Thomas, tight end Sage Ennis, and receiver Ajou Ajou.

Don't worry, though, as all the players mentioned above are still part of the team.

Clemson coach Dabo shared on Friday morning that Ennis has been "recovering from mono" and that Ajou had to clear some "international stuff," but he should be ready to go today.

In other roster news, Thomas is planning to redshirt this season as he has been dealing with a lot of medical issues, including getting COVID-19 this offseason and battling strep throat recently.

"I'm super proud of X," Swinney said during Thursday's media session. "He's going to graduate in December. He's a brilliant young man and will be graduating in three years. I think this is going to be a blessing for him, in the long run, to really re-set and get himself back where he needs to be and hopefully play a few games as well."