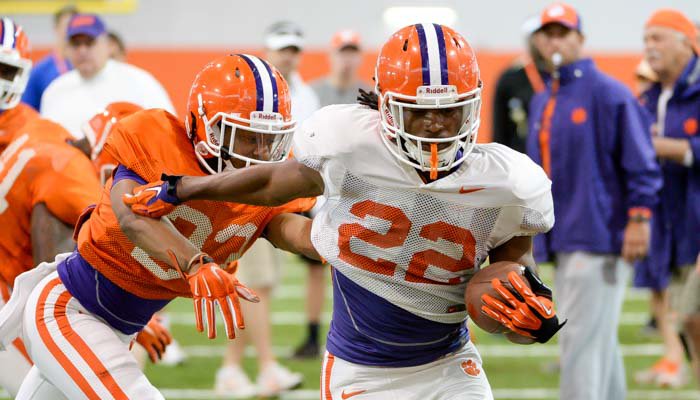 Dye has rushed for 242 yards and four touchdowns in his Clemson career.

CLEMSON -- Tyshon Dye, the redshirt junior running back from Elberton, Ga., missed the entire 2013 season while recovering from a back injury.

During the following February, Dye tore an Achilles tendon. He could not participate in any of the spring or summer training sessions and wasn’t cleared for practice until the first week in October. With his injuries behind him, Dye rushed for just 91 yards and two touchdowns in 6 games in 2015.

Going into his fourth season, Dye said he feels the best he has felt since arriving on campus.

"I felt great since this spring. I had a little knick-knack injury, but other than that I feel great," Dye said. "I honestly feel this is the best I have felt."

Dye said there were also mental hurdles to get over with his injuries.

"Absolutely. It was some kind of mental blockage," Dye said. "I think Joey (Batson) worked us all hard this summer. I challenged myself to get where I am weak at with my previous injuries to get all those strong so it will not be an issue when I came back."

Now 100% healthy Dye said he is going about improving his game.

"Staying lower behind my pads. Sometimes since I am a taller back sometimes I tend to be a little too high, and the defenders get up under me. I think the main thing I really need to work on is staying low and driving through my legs," Dye said.

With a great stable of running backs, Dye said everyone is working hard and pushing each other to earn playing time. 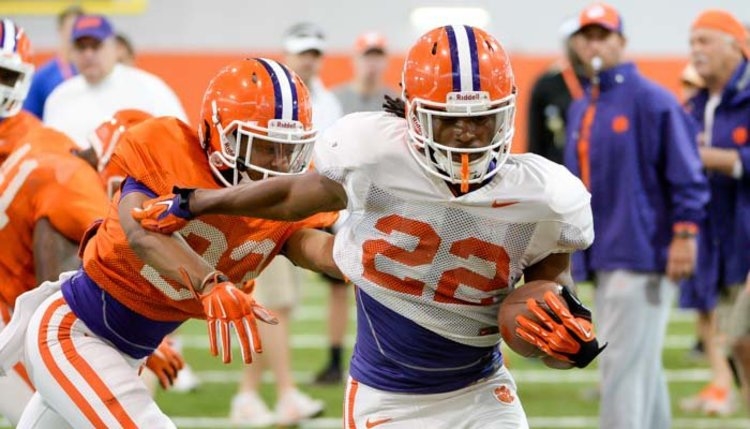 Dye has rushed for 242 yards and four touchdowns in his Clemson career. "