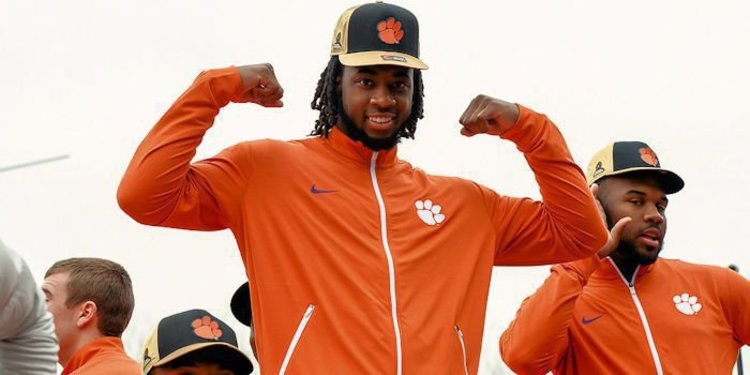 "After losing Robert Woods to the Rams in free agency, the Bills have a clear need at receiver," Kiper Jr. said. "And if Williams falls to No. 10, Buffalo would be getting a guy with a much higher ceiling than Woods, not to mention another Clemson wideout to go alongside Sammy Watkins. Williams' pro day moved him back to being my top-ranked receiver. His 40-yard dash was the question, and he ran right around 4.50, which is what he needed. Production wasn't the issue -- Williams (6-4, 218) had 98 catches for 1,361 yards and 11 touchdowns. Quarterback could still be in play here too, with the Bills committing to Tyrod Taylor with limited guaranteed money."

"Arizona needs a quarterback of the future, and this is a sneaky spot to grab one -- if he's still around," Kiper said. "Carson Palmer, 37, showed his age last season, and backup Drew Stanton hasn't proved he's a starting-caliber QB. So now Bruce Arians, who's a brilliant offensive mind, would get Palmer's heir apparent in Watson, who flashes top-five-pick talent at times but was inconsistent in 2016. At 6-2, 221, Watson has the arm strength, toughness and athleticism to play for a long time. He could back up Palmer in the short term while he adjusts gradually to the NFL. Keep an eye on the secondary here, too; the Cardinals lost their two starting safeties plus a corner in free agency."