Ammon Lakip
RS Sr. Punter / Kicker
#36 5-11, 200
Alpharetta, GA
View Full Profile has done everything he has needed to do to rejoin the football team.

"He'll be back when school starts, as far as being back on the team." Swinney said. "He's done everything that's been asked of him. I'm really pleased with what he's done. I've been really pleased with all of his off the field responsibilities that he needed to take care of. He's gone way above and beyond what we've asked him to do. He'll be back, and then he's got team discipline. He'll play when we run him out there, but it will be a while."

Swinney said that he will not play in the first game against Wofford.

"He could [play in the first game], but he won't. Sure he could, but not here at Clemson he won't." 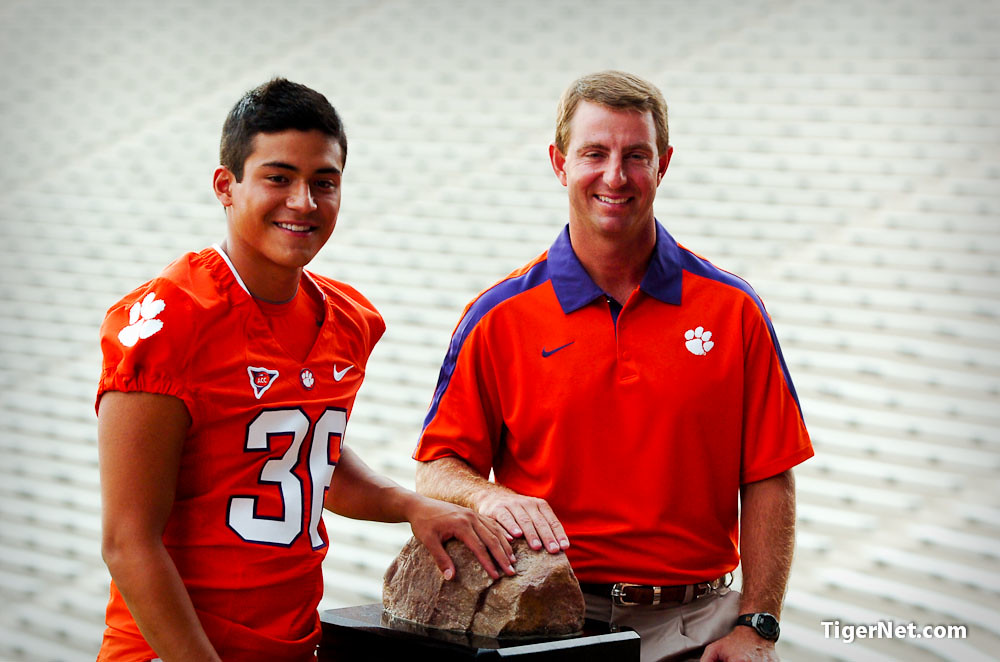