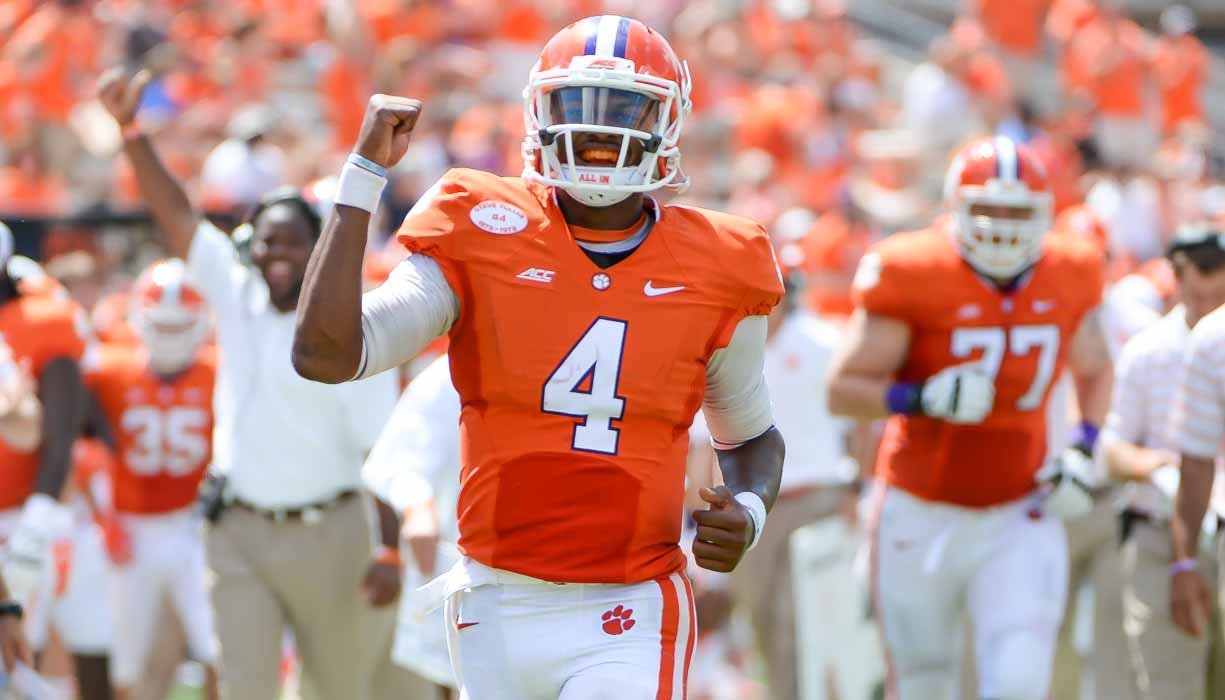 Deshaun Watson
So. Quarterback
#4 6-2, 205
Gainesville, GA
View Full Profile has been doing everything full go and has been cleared to practice.

"He's been full go since May," Swinney said about Watson. "He's done everything. He really did a lot in the spring. We're as confident as you can possibly be in a guy. He's done everything and not missed anything. He's been at all of the workouts and skills and drills. He's an above and beyond guy, whatever you tell him he needs to do, he will do above and beyond what he needs to do and go above that. He looks great, great summer and excited to get back there. When we start in a couple of weeks, he'll be leading the charge with no restrictions and he has been doing that and has not missed anything."

Clemson quarterback coach Brandon Streeter also had the following to say earlier on Wednesday about Watson's recovery from the ACL injury. "He's great," Streeter said. "Talking to Danny Poole, he's all but officially cleared through Dr. Bowman. He just has to have one last clearance. He's doing everything this summer, so he's as cleared as he can possibly be. He told me the other day that he feels stronger in that leg than he ever has, even before the injury. He feels great. I'm pumped about that. It reflects a great decision by he, our trainers and Coach Swinney to have that surgery when he had it. He had it around December 12th and did not play in the bowl game, so that decision looking back was a good decision looking back."

Watson had an assortment of injuries during his rookie season including a broken collarbone, fractured bone in his right hand and a torn ACL late in the season.

In his rookie campaign, Watson completed 67.9% of his passes for 1,466 yards (10.7 per attempt) with 14 touchdowns and only two interceptions for a tremendous quarterback rating of 188.57. He also had five scores rushing. Another superlative is that he had a nation's best 10.7 yards per pass attempt. 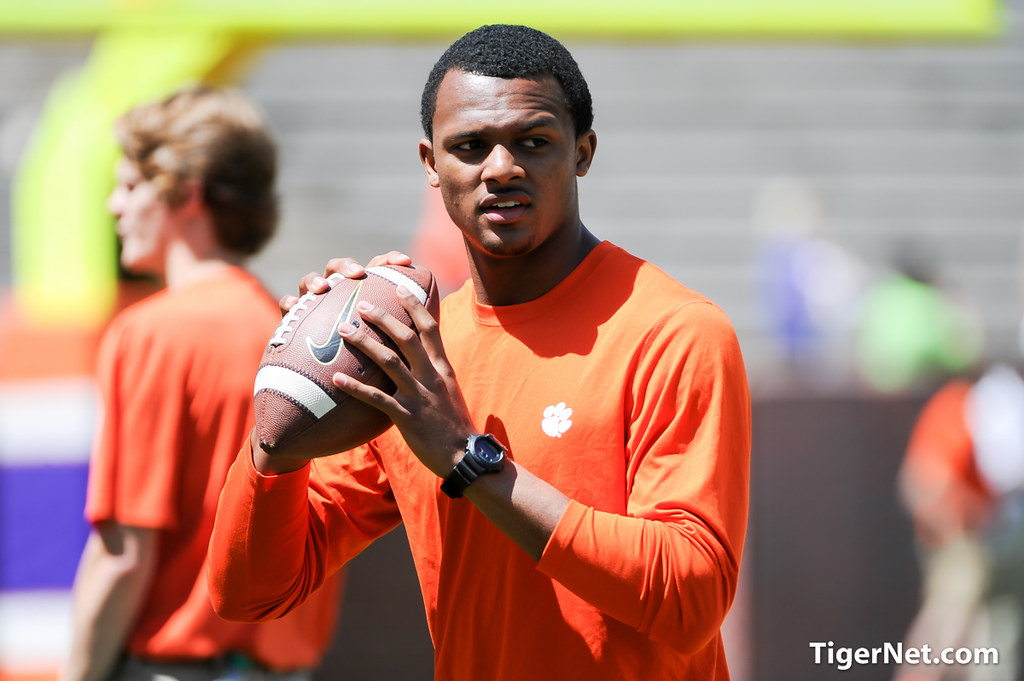