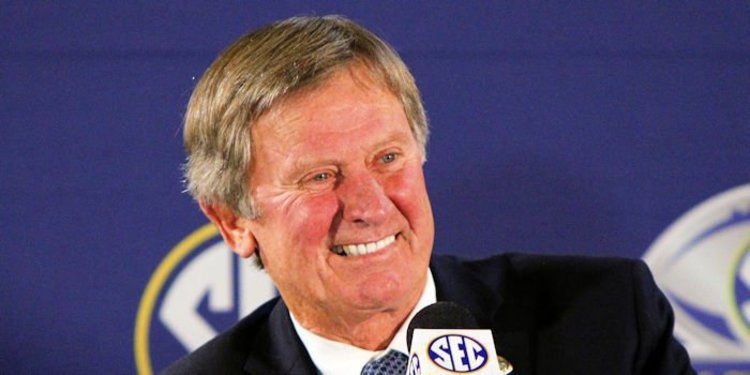 Former South Carolina coach Steve Spurrier was booed prior to kickoff at Monday's National Championship game featuring Clemson and Alabama. Spurrier was on the sidelines because he became only the fourth player to be inducted in the College Football Hall of Fame as a player and a coach.

The majority of Tiger fans and some Crimson Tide fans in attendance gave Spurrier one last round of boos as a goodbye present.

"Tell ’em I didn’t mind at all and it didn’t hurt my feelings one bit,” Spurrier said via Buddy Martin media. "In fact, the louder the better. That was a loud one. As long as they’re loud!"

Spurrier said that the booing was a sign of respect from the Clemson fans.

"If they’d have been kicking my butt up there every year those people would have been clapping. I guess maybe those Clemson finds remembered that we beat ’em five years in a row when we were at South Carolina."

Watched this Fella many times @Candlestick Throw the Rock, he threw it like Rock too. #Spurrier He was Booed there too. #49ers pic.twitter.com/REns3Pf3A0