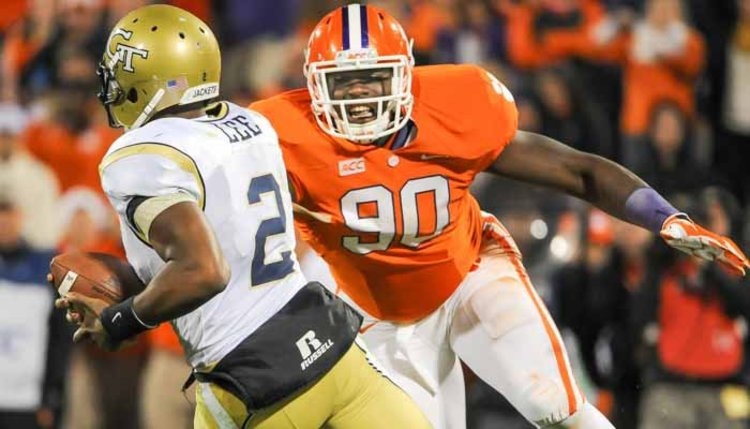 Former Clemson defensive end Shaq Lawson was drafted by the Buffalo Bills at selection #19 overall in the first round of the 2016 NFL Draft.

ESPN NFL Analyst Adam Schefter had an update on his previously injured shoulder at the end of the 2015 season.

"Teams around the league think that he can wait until after the season to have the surgery," Schefter said. Once he has the surgery, it will be a four to six-month procedure that he will be sidelined for. They think he can make it through the next season. He was a medical red flag for some teams, but the Buffalo Bills wanted him and weren't concerned. They were aware of the injury and will move happily ahead with him."

Lawson finished the season with 86 tackles, 25.5 tackles for loss (led the nation), 12.5 sacks and 15 quarterback hurries.

In his post-draft comments Lawson said he would not need surgery.

"No there is no truth to Adam Schefter’s report," Lawson said. "The report about me having surgery I don’t know where that comes from. I guess he just wanted to put something out there. If I didn’t have surgery my freshman year why would I need surgery now? I can still play ball."

New Bills' DE Shaq Lawson will need shoulder surgery that sidelines him 4-6 months at some point, probably after next season, per sources.