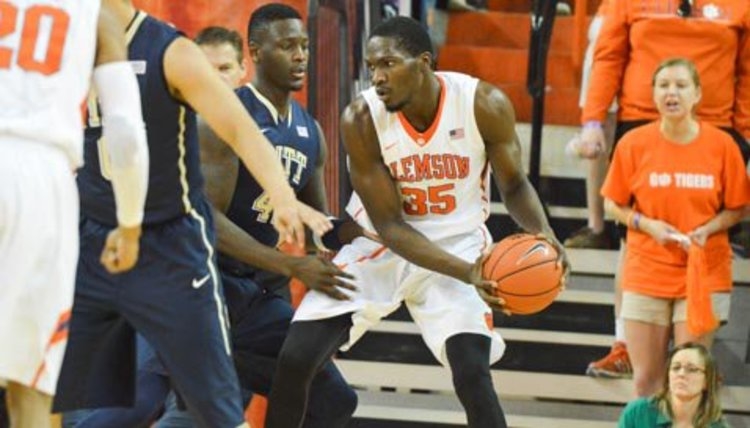 Nnoko was an impressive shot-blocker at Clemson

Former Clemson center Landry Nnoko has signed a partially-guaranteed minimum contract with the Detroit Pistons on Wednesday according to multiple reports.

Nnoko went undrafted in the 2016 NBA draft and played last season in Italy with Pesaro in the Série A league. At the end of last month, he played in the Orlando Summer league with the Pistons for 10 days but didn't get a lot of minutes.

He will more than likely spend this year with the Piston's affiliate Grand Rapids Drive in the NBA G League.

The Detroit Pistons have signed former Clemson big man Landry Nnoko to a partially-guaranteed minimum deal, according to league sources.