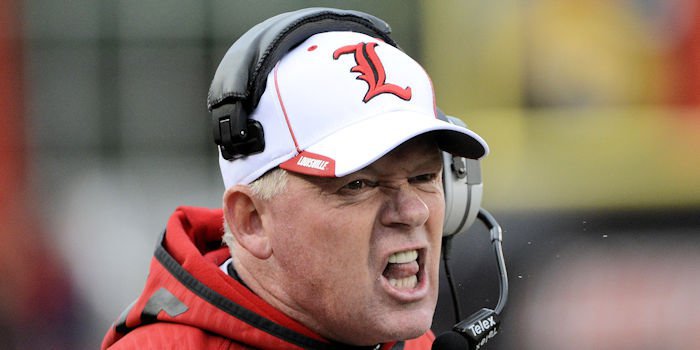 Louisville coach Bobby Petrino spoke for the first time to the media at his press conference since the 42-36 loss to #3 Clemson in Death Valley.

Petrino stated that he thought his receiver James Quick might not have known how far to go to the end zone.

"He caught the ball, he had some room to make a move, and I don't think it was an effort thing," Petrino said. "I'm not sure that he knew exactly where he needed to go."

The winner of the Clemson vs. North Carolina State game on Saturday at Death Valley will control their own destiny in the ACC Atlantic division.