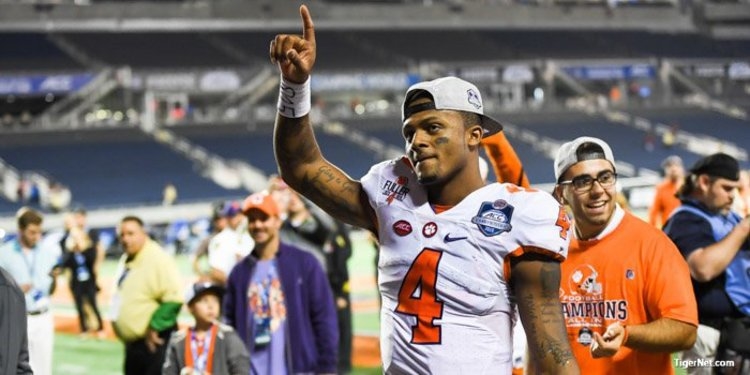 ESPN draft analyst Mel Kiper Jr. said on SportsCenter on Thursday that he has a second or third round grade on Clemson quarterback Deshaun Watson for the 2017 NFL Draft.

"Deshaun Watson at Clemson - four games this year he threw two or more interceptions but got hot late," Kiper said. "If he finishes strong moving forward with these big games coming up, Deshaun Watson could maybe push into the late first [round] but right now he has a second or third round grade."

Watson passed for 23-for-34 for 288 yards, three passing touchdowns, and an interception to lead Clemson to the 2016 ACC Championship in a 42-35 win over Virginia Tech. He also rushed 17 times for 85 yards and two scores.

Watson finished third in the Heisman voting last season as he threw for 3,512 yards with 30 touchdowns and 11 interceptions.