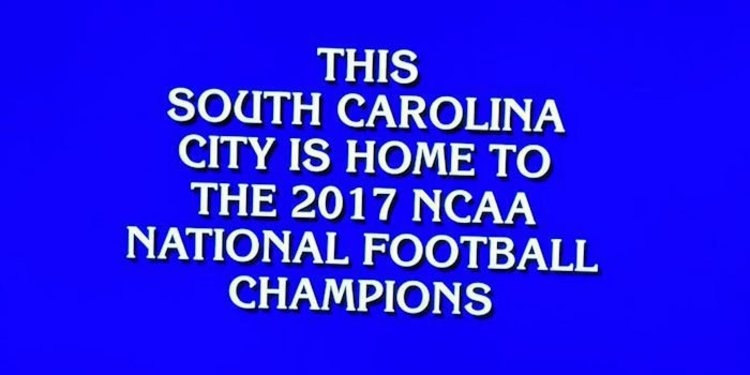 Jeopardy is the classic television game show that has been running since it started on NBC on March 30, 1964.

On Thursday night, a clue was 'This South Carolina City is home to the 2017 National Football Champions'. Clemson defeated Alabama 35-31 on Jan. 9 to win the prestigious 2016 National Championship.