The following Deshaun Watson artwork is inspired by the 2014 South Carolina game in which Watson was wearing his ACL brace, and rain and water was added to put a different spin on it.

Watson finished that game going 14 of 19 for 269 yards and two rushing touchdowns as the Tigers snapped a five-game losing streak to the rival Gamecocks.

The artist Marcus Jordan is a senior graphic design major at Florida State but is actually a huge Clemson fan as he grew up bleeding orange with both of his grandparents and parents attending TigerTown.

Here is a picture of the three layers that were applied to create the final product. 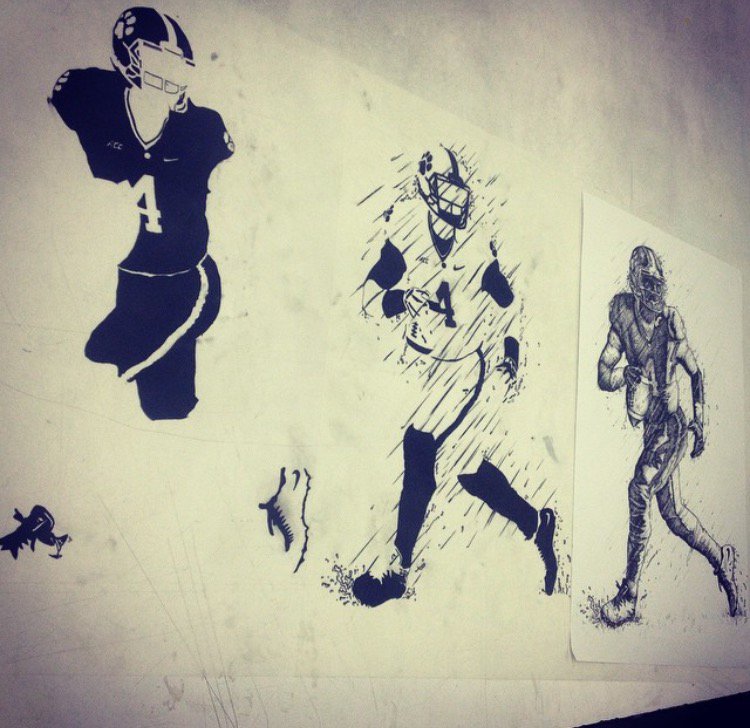