Florida State QB Jameis Winston talked to the media Wednesday afternoon and was asked a question about the biggest game he has ever played while in high school.

"There were about 10,000 people [at the biggest game in high school]. It was packed, so playing in environments like that. Of course it’s high school and we are talking about 80,000 people but when you are playing football and you are in your zone and you are doing things right as a team and you got a team around you, crowd noise is really inexistent to our team, especially when you have the chemistry that we have. We’re not trying to be focused on crowd noise. There are bigger things to be worried about than the crowd."

Winston also downplayed the effect the crowd noise would have on the FSU offense because of their communication system.

"All the noise stuff, with the way we communicate on the field, and the way we do things, I really don't think that's [crowd noise] going to be a big factor," Winston said.

Clemson Athletics announced Tuesday it will attempt to break the Guinness World Record for loudest crowd at a Sports Stadium during Saturday's game against Florida State. 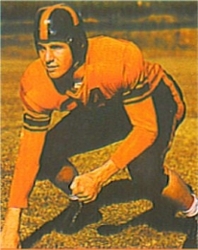