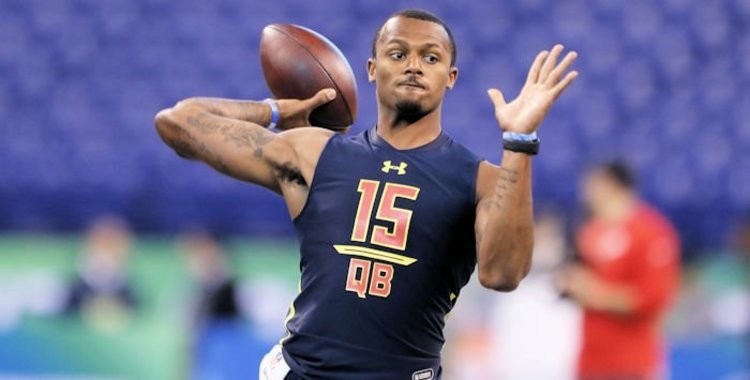 The NFL Scouting Combine on Saturday had the quarterbacks, tight ends, and wide receivers go through the various football drills.

Former Clemson quarterback Deshaun Watson was impressive to the scouts and coaches at the NFL Scouting Combine and here was a breakdown of his physical measurables, his times in various drills, and videos of his passing ability.

First off, Watson jumped 32.5 inches in the vertical jump (5th among quarterbacks).

Watson was also impressive at the broad jump where he tested out at 9 feet 11 inches (4th among quarterbacks).

Watson ran a 4.68 for the 40-yard dash event (third among quarterbacks) and his shuttle time was 4.31 seconds.

Check out him passing to different wide receivers in the video below.