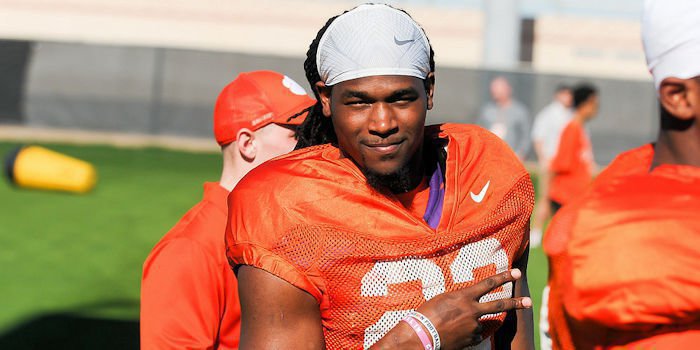 Dye needs an opportunity to showcase his skills

Clemson junior running back Tyshon Dye will transfer according to multiple sources. Dye was passed on the running back depth chart this season by C.J. Fuller and Tavien Feaster. He will be able to look for an opportunity for substantial playing time and hopefully impress NFL scouts.

He had 21 attempts for 109 yards and a touchdown this season. In 2015, he had 91 rushing yards and two touchdowns over six games. For his career, he has 76 rushes for 351 yards and five touchdowns.