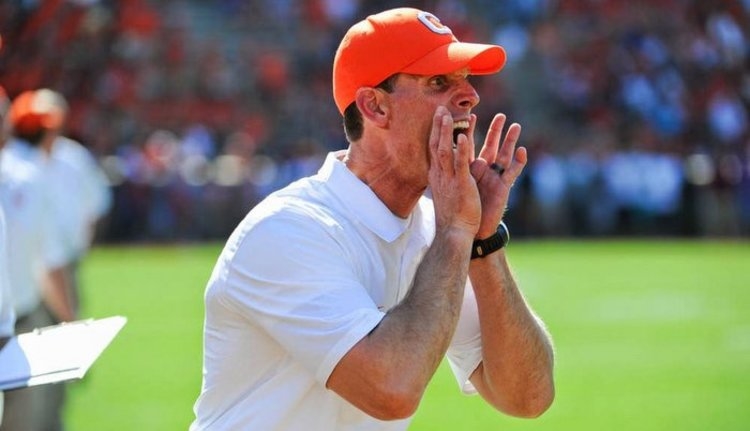 Clemson defensive coordinator Brent Venables spoke with the media on Tuesday afternoon and had the following to say about the type of defender he looks for.

"I'm not a big swagger guy," Venables said. "I like people who like to rip people's faces off. So, if you want to call that swagger. I've seen too many guys swagger without the play behind it. So beating their chest and making some ordinary basic fundamental play that I could get a circus monkey to do."