This week's Throwback Thursday is Clemson co-offensive coordinator Tony Elliott's touchdown catch in Clemson's 39-3 win back in 2003 against the Yellow Jackets at Bobby Dodd Stadium.

Elliott was asked about his touchdown catch against Georgia Tech during media interviews on Tuesday.

"To start with the memories of that game, I actually had to steal that ball away from the DB to get credit for the touchdown, but obviously, we're aware of how long it's been," Elliott said. "I was actually telling a joke because you know you would get those stories from your parents, 'This hasn't happened since I did it.' I was telling some of my guys; we haven't won down in Atlanta since the last time I played. We are reminded of that, but each year is a new team and a new opportunity. We're not defined by what we did in 2003. We have to go down there and create our own legacy. We are going into a game against undefeated Georgia Tech team that is coming off of a big win over Vanderbilt. They are playing with a lot of confidence of defense, so we're going to have a challenge."

Clemson hopes to break the 13-year winless streak against the Yellow Jackets in Atlanta on Thursday night at 7:30 pm EST. 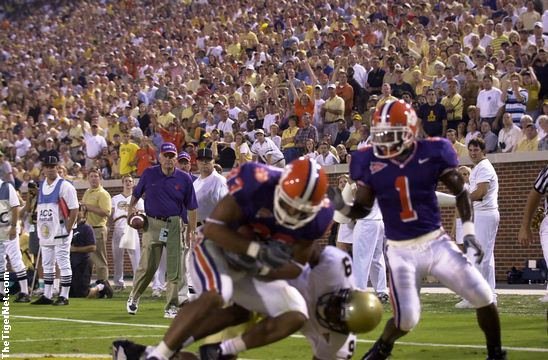 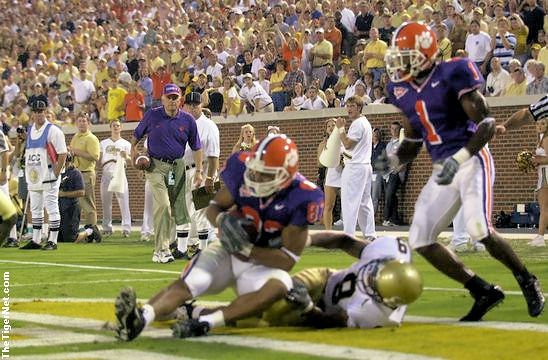 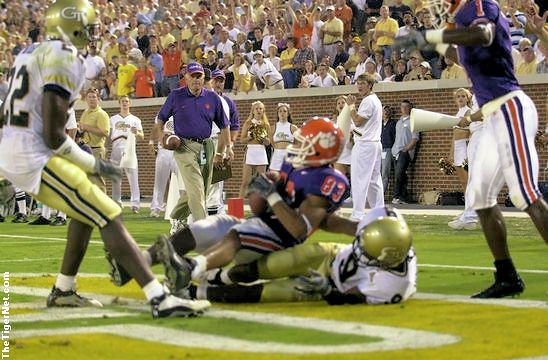