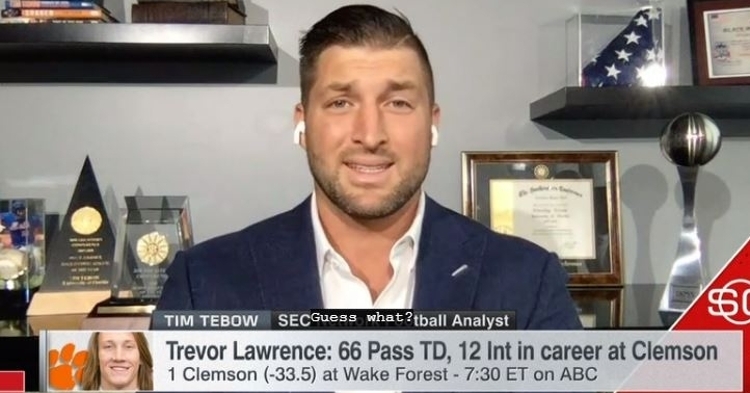 ESPN analyst Tim Tebow talked about his playing days mostly on Saturday morning in the following video but did say that he felt that Clemson is championship or bust this season.

"I think it has to be, at least, an ACC championship this year and probably, a berth in the College Football Playoff, once again, and maybe, competing for another National Championship," Tebow said.

"I think for Trevor and for this team, with all their great players, if they're not competing to win a championship at the end, I don't feel like it's going to be a success to them, because of their past success," he said.