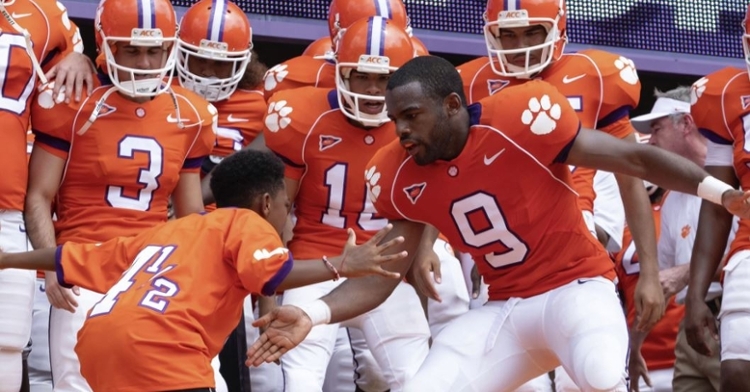 The movie 'Safety' will be premiering on Dec. 11 on Disney Plus

Sports fans, including those in Tiger Town, are excited for the upcoming Disney Plus movie 'Safety' that will premiere on Dec. 11.

The movie is based on the true story of former Clemson defensive back Ray Ray McElrathbey who took in his younger brother while at Clemson.

McElrathbey spoke with WSPA and shared his excitement about watching his life story being made into an upcoming film.

"It doesn’t feel real. I’m not sure when it will feel real,” he said. “It’s been a very exciting thing. It’s almost like, it’s surreal. I just can’t, I can’t put words in front of it because I’m not even sure I’ve reacted to it just yet, that I’ve caught up with what’s happening.”

Check out the full video interview, courtesy of WSPA: