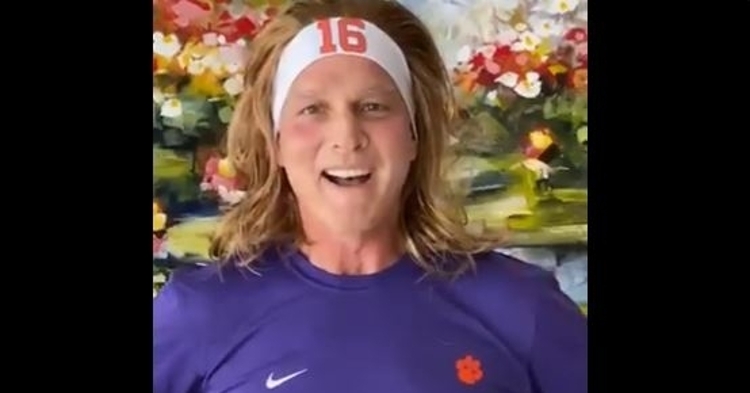 Clemson standout quarterback Trevor Lawrence has a ton of fans from young to old throughout the sports world.

Even former head coach Mark Richt wants to be like Lawrence.

Richt wore a purple Clemson shirt, a No. 16 headband, and a fabulous blonde wig to look like Lawrence.

"I'm BAAACCKKKKK," he said in a video, referring to Lawrence likely being back at Clemson practice on Monday.

Hopefully, this doesn't give the entire nation nightmares tonight as this image has been seared into my head.

Good job by Richt to have some fun in his gig as an ACC Network personality.