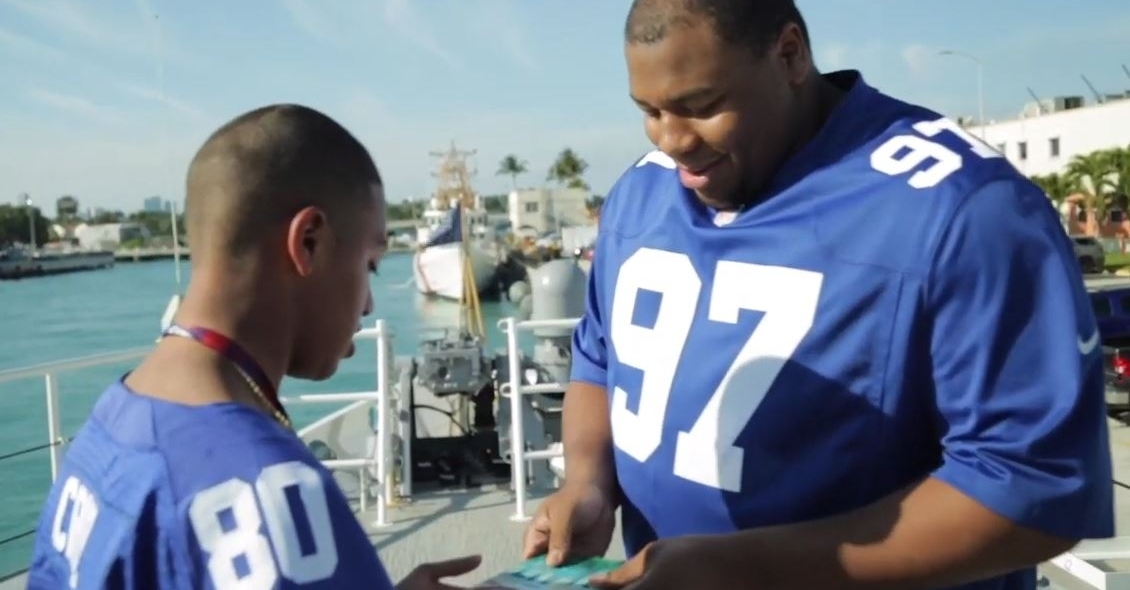 Lawrence was a first-round pick for the Giants and was able to surprise a diehard Giants fan with Super Bowl tickets.

New York Giants and former Clemson defensive tackle Dexter Lawrence was a part of an emotional surprise gift to Joshua Rhodes this week.

Lawrence surprised Rhodes, a Giants fan, with Super Bowl tickets while Rhodes told his story to a media outlet, as a former football player for Marjory Stoneman Douglas High School (Fla.) who discovered he had a brain tumor after a practice three years ago.

Rhodes attended the high school that was the site of a shooting that killed 17 people in 2018, including his former coach Aaron Feis who encouraged him to get the MRI that discovered the brain tumor he had emergency surgery on. Rhodes told Radio.com that he maintained close ties with the team after moving to Orlando with his cancer treatments before the shooting.

Rhodes was emotional after receiving the tickets from Lawrence and the NFL rookie had a message for him on social media:

Inspirational Story. Love Josh’s Heart, Strength And Faith During His Very Tough Times!!?? Thanks For Being A Giants Fan! #JoshStrong #BigBlue https://t.co/qCHqnjuwmH

Check out more of Rhodes' story and the ticket surprise below: