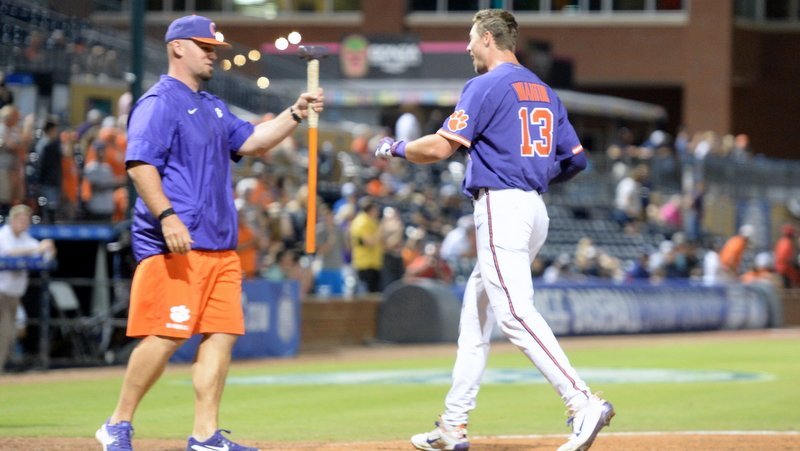 Drew Wharton is all smiles after his sixth inning homer