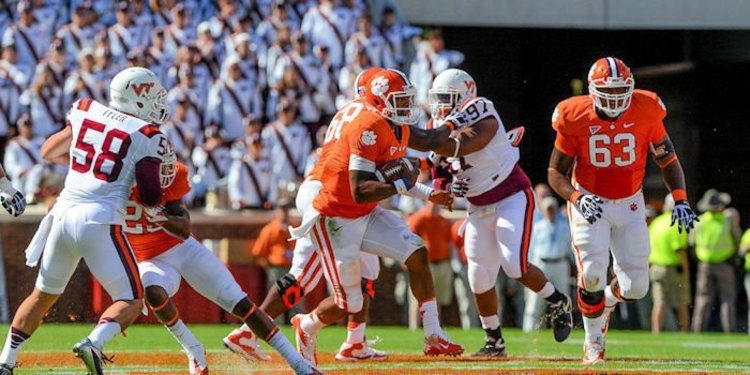 Clemson's Tiger Band is currently sitting in the very extreme corner of the upper level in Lane Stadium on Saturday night.

Tiger fans have been upset that the band was placed so far up away from the action.

The official Virginia Tech Twitter account posted their reasoning for putting the Tiger Band in the very corner of the upper level of their stadium.

"As @PeteMoris notes, that's the same location in the visiting team section where our band is situated when on road," Virginia Tech posted.

The last time that the Hokies played in Death Valley, their band sat in the front row of the lower level in the West Endzone.

It's where our band gets put on the road - happy to share photos from UVA & other ACC venues https://t.co/lOOJ8sSg4e

As @PeteMoris notes, that's the same location in the visiting team section where our band is situated when on the road.

Nobody puts baby in the corner... pic.twitter.com/JpjkT6YmGe