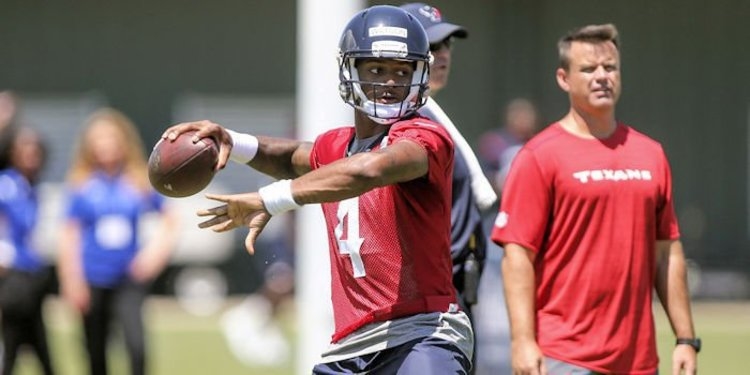 Vegas oddsmaker Bookmaker has their list of numerous prop bets that fans can bet on before and during the upcoming NFL season.

Houston Texans quarterback Deshaun Watson has an over/under on 13.5 NFL games that he will start in his rookie season. Veteran journeyman Tom Savage is currently the No. 1 quarterback on the Texans' depth chart but it appears that Vegas doesn't have much faith in him keeping the job for long with Watson waiting in the wings.

That is a ton of games to start in anybody's rookie season, not even mentioning it is at the hardest position on the field -- quarterback.

I can't overstate how hard rookie QB Deshaun Watson worked in the offseason. Stayed after practice. Worked on days off. What a work ethic!