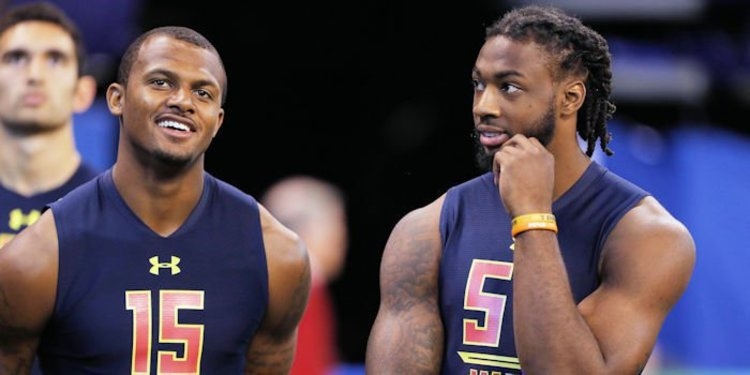 ESPN draft analyst Todd McShay has released his 2017 NFL Mock Draft 3.0 on Wednesday and two Clemson players were listed in the first round with quarterback Deshaun Watson and wide receiver Mike Williams.

"I'm not convinced Cleveland will use this pick on a quarterback, but it would make some sense, especially after landing Garrett at No. 1 overall," McShay said. "Watson will need time adjust to a pro-style system, but he has the tools to grow into a good starter in the NFL if developed and utilized properly."

The ESPN draft analyst had Williams projected to the Tennessee Titans with the #18th overall selection and the third wide receiver taken behind Corey Davis and John Ross.

"I'll be at Clemson's pro day on Thursday, and I'm interested to see what Williams runs in the 40-yard dash after sitting out the drill at the combine," McShay said. "On tape, he shows great hands and the ability to win contested catches. The one remaining question is: What's his true top-end speed? Running a 4.55 or better would be a win for Williams."