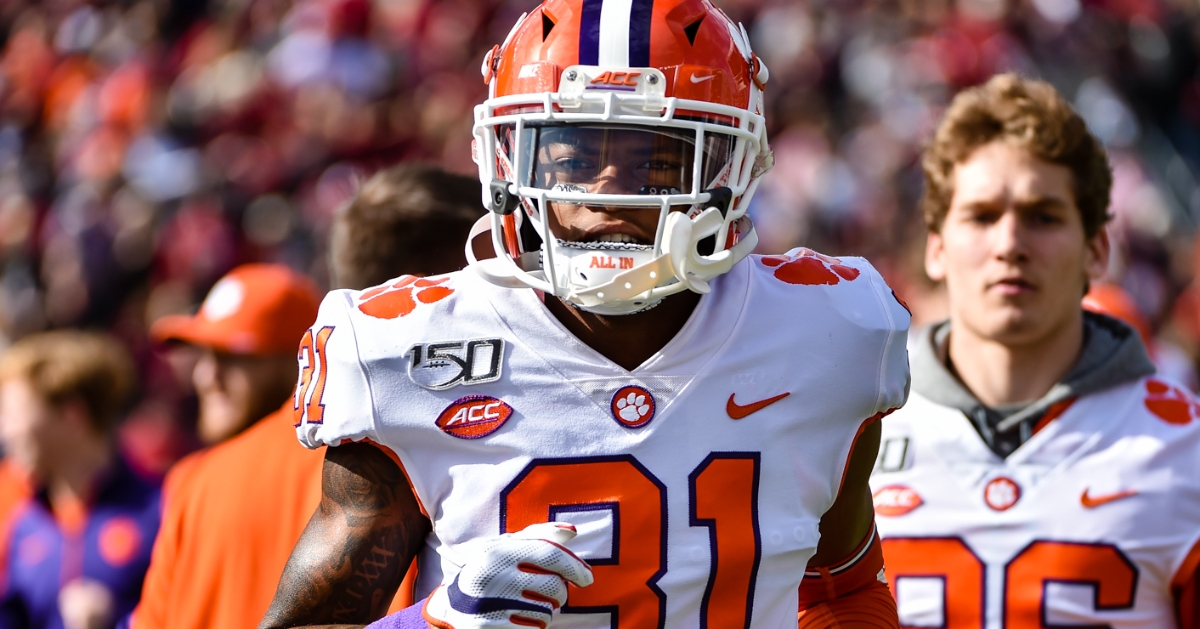 Pro Football Focus identified a Clemson Tiger on either side of the ball as breakout candidates for the 2020 season.

Making a step up from a reserve role, offensive tackle Jordan McFadden could shine with the same production he showed last season.

"If he performs at the same level he did as a rotational piece last year, he could be in the conversation as one of the best tackles in college football," PFF's Anthony Treash writes. "On 335 reps, McFadden posted an 88.3 overall grade and put up a run-block grade that ranked 11th in the FBS."

On defense, Mario Goodrich hopes to make a similar jump with a starting role.

"With his speed and length, Goodrich has performed remarkably well on his limited snaps at Clemson," Treash said. "He has logged 169 coverage snaps in two seasons and allowed a catch rate of just 26.1% (6-of-23 targets) while combining for six pass breakups and interceptions. And he did most of that in 2019 while reportedly playing through ankle issues that led to surgery last month. He has great speed and length and will most certainly see a larger role in 2020."

"All we want to see is business as usual after he broke an absurd 91 tackles on 207 attempts as a junior — the best rate we’ve ever seen from a college back," PFF's Michael Renner said.