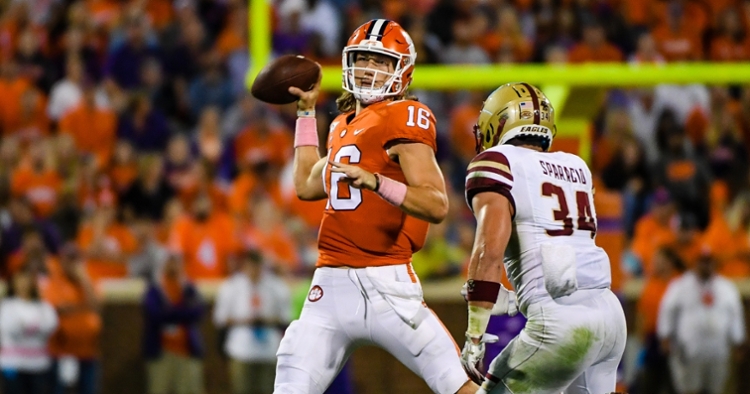 NEW ORLEANS – The Manning Award, sponsored by the Allstate Sugar Bowl, announced 12 finalists for this year’s award on Thursday. The winner will be announced after the bowls in January and will be honored at a ceremony in New Orleans. The Manning Award was created by the Allstate Sugar Bowl in honor of the college football accomplishments of Archie, Peyton and Eli Manning. It is the only quarterback award that takes the candidates’ bowl performances into consideration in its balloting.

The finalists for this year’s Manning Award are:

“It's been another outstanding year for quarterbacks in college football,” said Archie Manning. “We have quarterbacks who can really throw the ball, guys who get it done with their legs and guys who do a little bit of everything. But one thing they all have in common is they led their teams to a lot of wins. I'm looking forward to watching all of them straight through the bowl season and I'll be excited to see who our panel selects as the 2019 Manning Award winner in mid-January.”

Statistically, the group of finalists excels in nearly every category as they average nearly 3,000 yards passing while accounting for a total of 413 touchdowns. The group has thrown nearly six times as many touchdown passes as interceptions. In addition, four of the finalists ran for five or more rushing touchdowns. All 12 led their teams to at least nine victories, including 11 double-digit win totals. Eight of this year’s Manning Award finalists directed their programs to conference championship games this weekend.

The list includes five seniors as well as four juniors and three sophomores. The finalists are distributed between six different conferences: the SEC leads the way with four selections while the AAC, Big Ten and Pac-12 have two each and the ACC and Big 12 have one.

Statistically, the Manning Award has seen a wide-range of quarterbacks. Twelve of the Manning Award men threw for over 3,000 yards in their winning campaign, including 4,000-yard seasons from Murray, Mayfield, Griffin III, Marcus Mariota, Ryan, Watson (twice) and Winston. On the other hand, Murray, Watson (in 2015), Young, Manziel and Newton were all 1,000-yard rushers during their Manning years.

Previous Manning Award winners have also factored prominently in the NFL Draft as they all heard their names called on Draft Day. Five honorees were selected No. 1 overall (Murray, Mayfield, Newton, Russell and Winston), while four others went No. 2 or No. 3 (Griffin, Mariota, Ryan and Young).

All the Manning Award winners follow in the footsteps of the Mannings themselves. In college, Archie, Peyton and Eli Manning combined for over 25,000 passing yards and 201 touchdowns while playing in 10 bowl games and earning four bowl MVP awards. Archie was the No. 2 pick in the NFL Draft, while both Peyton and Eli were selected No. 1 overall.

In addition to the Manning Award's yearly honor, each week during the regular season, eight quarterbacks are recognized as Manning Quarterbacks of the Week. Seventy-one players from 65 different schools were honored during the 2019 season.