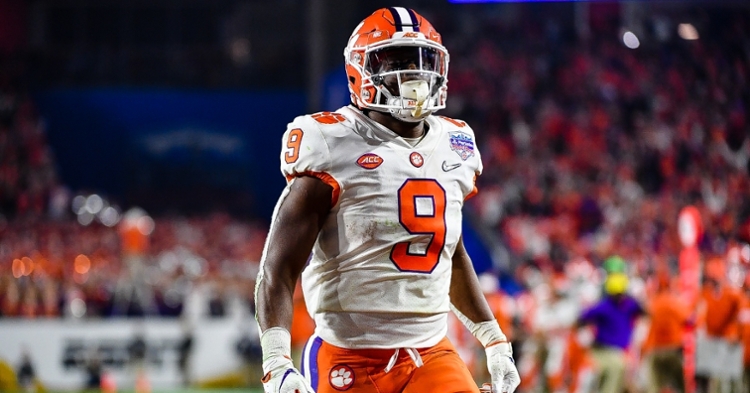 Clemson running back Travis Etienne had an impressive touchdown run to give the Tigers the 21-16 lead in the third quarter.

Soon after the play, Etienne seemed to cramp up or his calf tightened up on him.

Update 1: He's being stretched out on the sidelines in front of the injury tent.

Update 2: He's back in the lineup after the defensive stop by the Tigers.