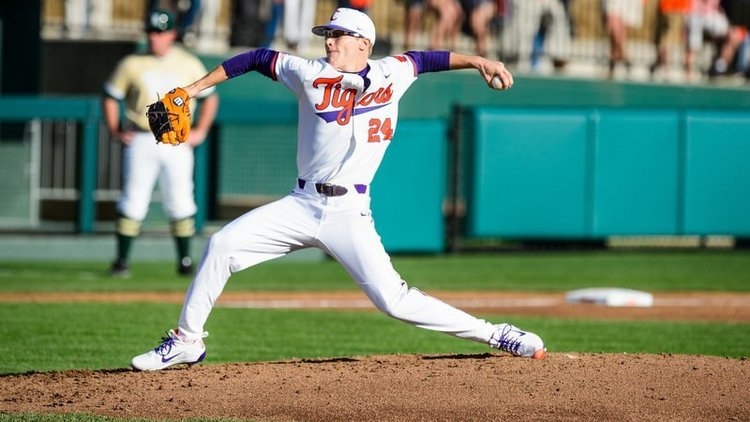 Three 2018 Tigers and three Clemson signees were selected on the third and final day of the MLB draft on Wednesday.

Mitchell Miller (Covington, Ga.) appeared in four games in relief in 2018 and allowed two hits and no runs in 2.0 innings pitched. He has pitched 5.2 innings over 10 reief appearances in two seasons at Clemson. Miller was the first Tiger drafted by the Angels since 2017 (Jeremy Beasley). Before the draft, Miller announced on social media last month that he would transfer to Division II West Texas A&M.

Notable draft-eligible Tigers who were not selected over the three-day draft include RHP Brooks Crawford, 2B Jordan Greene and INF Grayson Byrd.

Justin Wrobleski was one of the top in-state names for GA and he goes in the 36th. Projectable LHP 88-92, good slider. Will likely be at Clemson this fall. #mlbdraft

Davis Sharpe will likely be at Clemson, but it's an ideal pitcher's frame with projection, real feel for a slider. #mlbdraft

Adam Hackenberg was heavily tied to the Yankees, goes to the Royals here. He had a seven-figure asking price, did not make my top 101