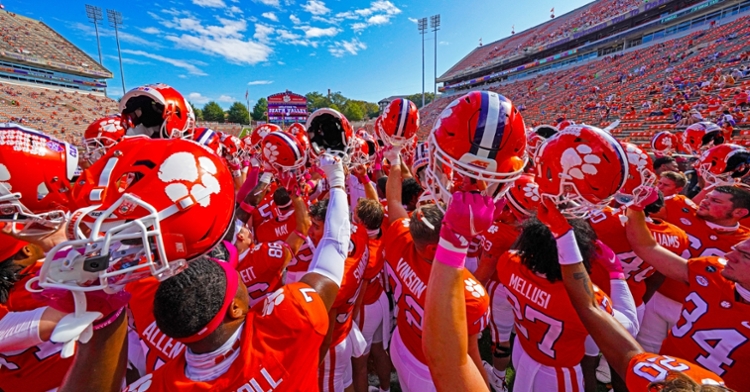 Don Munson, Reggie Merriweather, and Tim Bourret will broadcast the game on the Clemson Tigers Network. Patrick Kinas and Derek Rackley will present the game on Westwood One.

The Tigers opened as a 21-point favorite against the Hokies.

Clemson has won the last five in the series after breaking a five-game losing streak to the Hokies with a 23-3 win in Blacksburg in 2011.