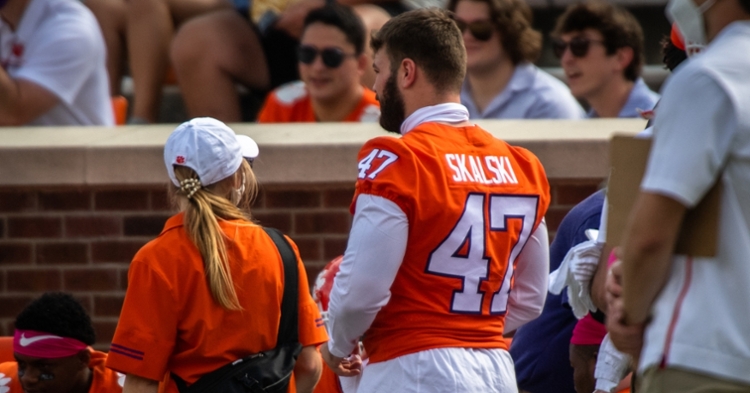 Skalski is among Clemson's leaders in tackles despite missing the first half in the opener and last Saturday's game.(ACC photo)

Clemson coach Dabo Swinney updated the injury status for a pair of Tiger defenders who have missed action lately.

"That's the million dollar question there," Swinney said when asked about the two on his call-in show Monday. "I'm hopeful. It's just Monday so we still have a ways (to go). I feel good about Skalski. Tyler is going to be close -- may be another week but he'll be back sooner rather than later. But I feel better about Skalski right now."

Swinney said Saturday that the preseason All-ACC selection Davis rolled his ankle in practice last week. He has six tackles, two for loss, with a sack over 53 snaps in three games this season. Skalski has tallied 27 tackles, 1.5 for loss, in 168 snaps over five games (four starts).