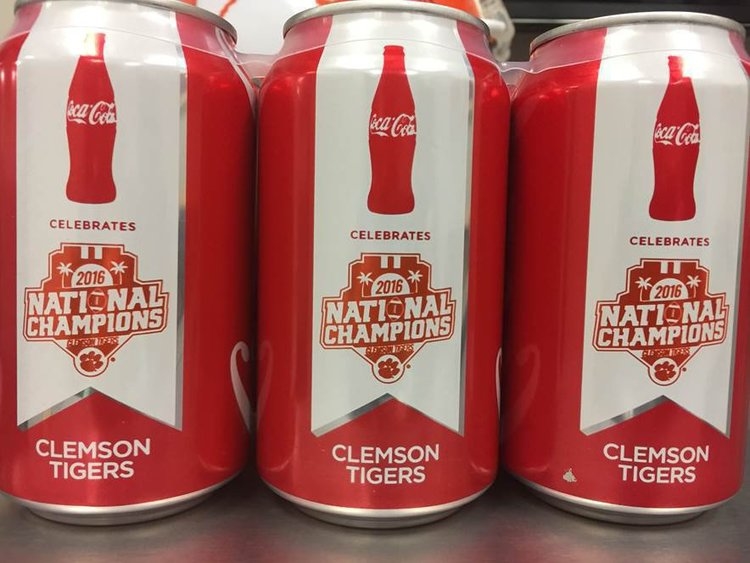 CLEMSON, S.C. – Clemson fans can’t get enough of the commemorative Coke cans in stores throughout the state, so Coca-Cola has produced a second run of cans, available in stores now.

“Clemson fans are truly amazing in their quest for the commemorative can,” said Aimee Cox, Director of Sponsorship for Colleges and Universities at Coca-Cola Consolidated. “So much so that when our first cans went into retail they flew off the shelves and we knew, almost immediately, we needed to quickly produce round two to meet fan needs.”

Clemson fans can find the cans at local retail stores beginning this week – while supplies last – throughout the greater Columbia, Greenville and Charleston areas.

Coca-Cola is a longstanding partner of Clemson University and its athletic programs. Coca-Cola proudly participates in various activities with the Clemson Tigers, including honoring our military service men and women and sustainability programs.