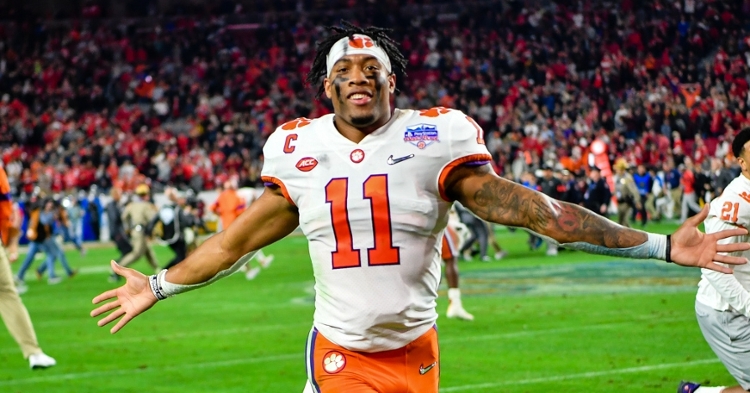 Former Clemson linebacker Isaiah Simmons agreed to his rookie deal with the Arizona Cardinals on Tuesday, according to NFL.com's Ian Rapoport.

Simmons was selected No. 8 overall by the Cardinals in April. Per Rapoport, the deal is worth $20.66 million with a signing bonus of $12.58 million.

He was a first-team All-American and Butkus Award winner as a junior last season, tallying team-bests in tackles (107), tackles for loss (16), sacks (8) and pass breakups (10).

Simmons and Cardinals rookies are set to report to training camp on Tuesday.

The #AZCardinals agreed to terms with first-round freaky defender from #Clemson Isaiah Simmons to a 4-year fully guaranteed deal worth $20.66M, source said. He gets a signing bonus of $12.58M.