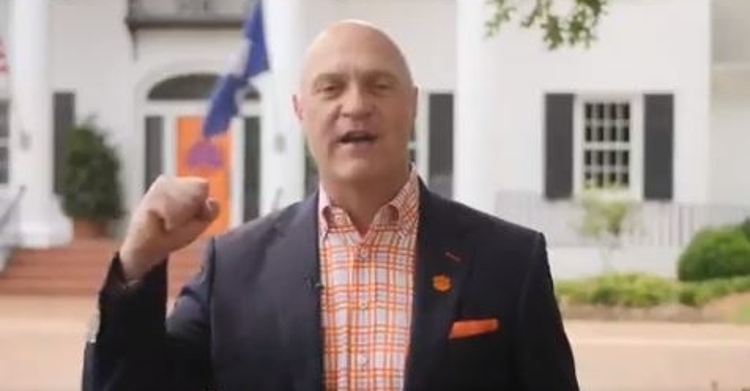 Clemson President Jim Clements officially took his name out of the running to be the next ACC commissioner on Friday.

There were reports and speculation that he was a serious candidate to fill the shoes after John Swofford.

Clements released the following email out to the Clemson community talking about his commitment to the university.

I’d like to put to rest any speculation surrounding my name being mentioned as the next commissioner of the Atlantic Coast Conference.

I informed Board of Trustees Chairman Smyth McKissick today of my desire to remain at Clemson University and to continue to build on what we have accomplished over the past seven years. There remains much work to be done in taking the vision of Thomas Green Clemson into the 21st Century by building on the values of this great institution.

I love Clemson. My wife, Beth, and I love this university and the people of this university. These have been incredible years since I arrived in 2013, but this great story is not yet finished. As I begin my eighth year, I look forward to many chapters to come and remain dedicated to pursuing excellence in the classrooms, in the research labs, and on the athletic fields.

I have great respect and admiration for the ACC and its administration and staff. I am humbled that my name would appear as a finalist for this opportunity.

I want to thank the Board of Trustees as well as each of you in the Clemson Family. I’m inspired every day by our faculty and staff, whose hard work has led to our many successes.

I am excited about the future and greatly appreciate the opportunity to continue serving the Clemson Family.

Chairman Smyth McKissick asked that I share his thoughts:

“Jim’s presidency has been incredibly successful. He and the team he has built have set records in academics, athletics, fundraising, research, and many other areas. His fierce loyalty to Clemson and commitment to its success is exceeded only by his passion for helping students achieve at the highest levels.”