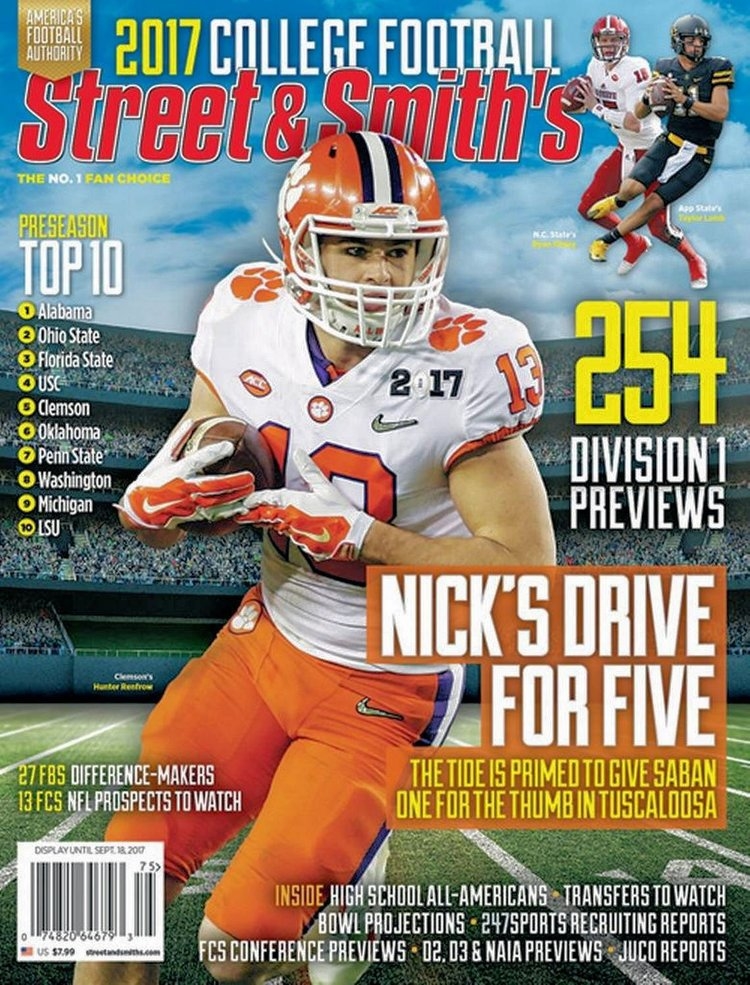 Former Clemson quarterback Deshaun Watson’s game-winning touchdown pass to wide receiver Hunter Renfrow for the National Championship win has made the former walk-on a household name around the country in the sports world.

One more example of Renfrow's increased notoriety is that he now featured on this year’s Street & Smith’s regional College Football Preview magazine.

The cover line of the magazine is "NICK'S DRIVE FOR FIVE: The Tide is primed to give Saban one for the thumb in Tuscaloosa."

The magazine is currently on newsstands until September 18, 2017.

Despite being sidelined for several games, Renfrow had 44 catches for 495 yards and six touchdowns last season.