It looks like you are using an ad-blocker. You may not have realized, but our team is mostly supported by ad revenue. TigerNet has provided free Clemson sports news for over 25 years. Help us keep doing that by turning off your ad blocker or joining our ad-free membership level. Thank you!
Go Ad-Free! Continue browsing TigerNet with your adblocker active with a monthly or annual Orange Level membership.
Allow sponsors to pay for your browsing Disable your adblocker on TigerNet and ads will fund your browsing.
Already an Orange Level member? Please Login | Need help? Contact support
BREAKING
Clemson linebacker enters transfer portal 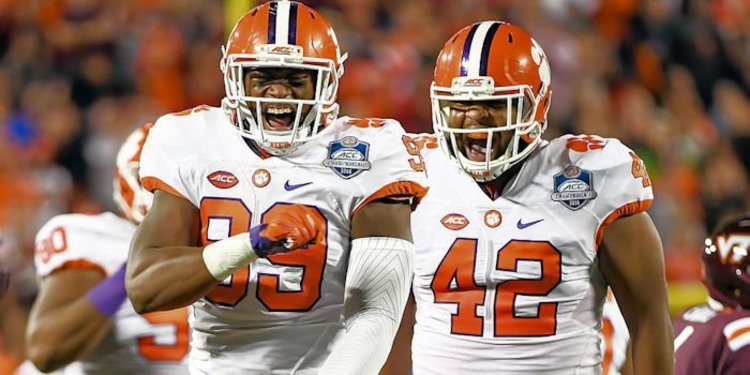 Going down to the wire, Christian Wilkins completed the quartet of returning starting Clemson defensive lineman Monday by opting to forgo the NFL draft and return for his senior season.

Wilkins had up to Monday to decide on declaring for the NFL draft early, and he informed the Clemson football staff of his decision Monday afternoon, per a school release.

ESPN’s Todd McShay projected Wilkins to go No. 16 overall in the first round and both USA TODAY and ESPN regarded Wilkins as a top-10 “big board” prospect.

Wilkins was named the national Defensive Lineman of the Year after a 60-tackle, 8.5-TFL and 4.5-sack junior campaign.

The Springfield, Massachusetts native was a Nagurski Trophy finalist and a Bednarik Award semifinalist as a first-team All-American also in 2016, posting 56 tackles, 13 TFL and 3.5 sacks over 15 games.

Clemson has lost four players who were eligible to return for the 2018 season: wide receivers Deon Cain and Ray-Ray McCloud, strong safety Van Smith and offensive guard Taylor Hearn. Hearn graduated, but had another year of eligibility after redshirting 2014.

Clemson will have eight returning starters on defense for 2018 overall, where in addition to the front four, the Tigers also return starting linebackers Kendall Joseph and Tre Lamar and defensive backs Trayvon Mullen and Tanner Muse.

Last year Clemson ranked second in the nation in scoring defense (13.6), fourth in total defense (276.7), fourth in pass defense (161.9) and tied for first in sacks (46). Additionally, Clemson was second in fewest yards per play allowed (4.27) and second in passing yards per attempt (5.7).