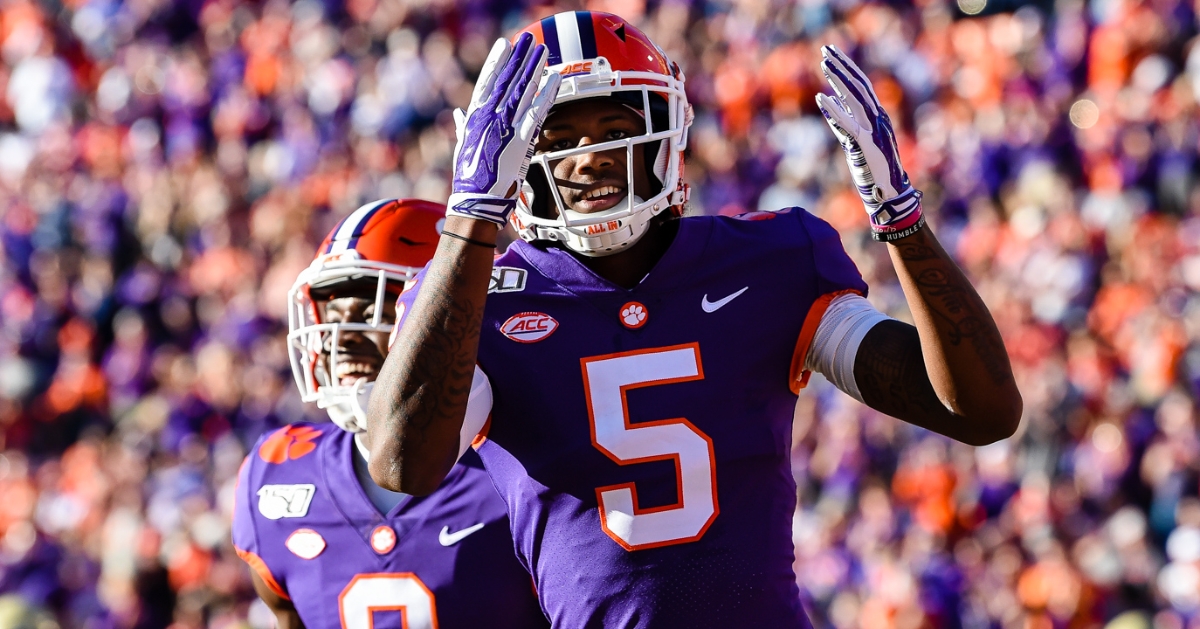 Well, it didn't take long for another Tiger to come off the board.

Former Clemson receiver Tee Higgins was selected with the 33rd overall pick in the second round by the Cincinnati Bengals Friday.

Higgins had caught the eye of an NFL hall-of-famer and he believes Higgins will connect well with No. 1 pick Joe Burrow out of the gates.

"This kid is incredible at going up and getting the football," NFL Network's Michael Irvin said. "He's an area-code receiver. No matter where you put the ball...His speed, his knowledge of the game is what makes him so dangerous. Yes, he doesn't have that runaway speed, but he has the body that once he stacks you - you can't come over top of him and he has that great body control, where he can contort his body any kind of way he needs to get that football. This is a great pickup. These two will be able to go together for a long time."

He is projected a $3.88 million signing bonus with a $8.7 million contract overall, per Spotrac.

Higgins left Clemson as a junior tied for the school mark in receiving touchdowns (27) with DeAndre Hopkins and Sammy Watkins.

Higgins earned first-team All-ACC honors for that campaign, to total 135 catches for 2,448 yards over 43 games as a Tiger (30 starts).

"That size shows up big in the red zone and on third down," NFL Network's Daniel Jeremiah said. "He's going to be their red-zone weapon for the future with Joe Burrow."

In a receiver-stacked draft class, Higgins ranked sixth as a receiver prospect on both ESPN and CBS Sports. Six receivers were taken in the first round.

Became the 60th player to have played for Head Coach Dabo Swinney to be drafted into the NFL, including the ninth second-round pick of Swinney’s tenure.

Extended Clemson’s school-record number of consecutive drafts with a wide receiver selected to five. It is presently the nation’s longest active streak (Note: Georgia can tie this streak with a selection this year).

Gave Clemson at least one receiver selected in seven of the last eight NFL Drafts, dating to DeAndre Hopkins’ selection in 2013.

Became the first offensive player from Clemson selected in the second round since the Seattle Seahawks selected WR Doug Thomas in 1991. Clemson’s previous 17 second-round picks had been defensive players, including the previous eight who all played under Head Coach Dabo Swinney.

What's the #1 trait that sold Zac Taylor on Tee Higgins?

#WRU is proud of all you've accomplished and cannot wait to see you ball at the next level @teehiggins5! The legacy continues! Who's next!?... pic.twitter.com/ugfGMffuWX