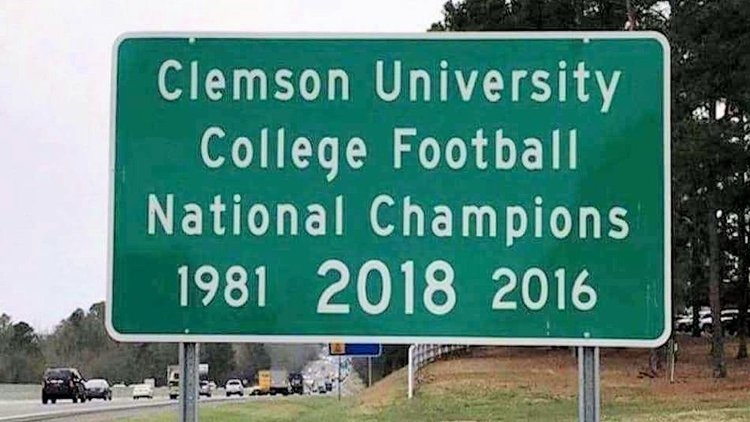 The Clemson football team are the kings of college football as they have won two out of the last three titles.

It was officially unveiled at the State House on Tuesday:

Here’s the new sign. Now has the dates of all three Clemson football championships. It’ll be placed in 13 spots in South Carolina. pic.twitter.com/VFb3ROJHyb

SCDOT unveils one of the new signs that will be placed at 18 locations across the state congratulating the Clemson Football team for winning the 2018 National College Football Championship. pic.twitter.com/srcYMH6pG0

No. 1 Clemson knocked out on penalties by Marshall