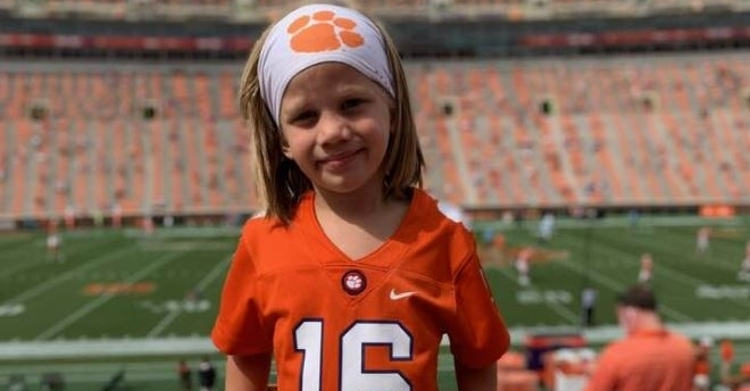 Clemson quarterback Trevor Lawrence is a role model of many people including young and old.

During Clemson's 49-0 win against The Citadel on Saturday, select fans were able to cheer on the top quarterback in the land at Death Valley including 4-year-old Banner Hewitt.

"Game Day at Clemson is about many things but for 4 year old, Banner this is it! Since the Natty he has been wanting his Trevor Lawrence hair. He nailed it but it took eight long months," his grandmother Marianne Gibson Caldwell told TigerNet. "Today was worth it. I am glad our players never lose sight of the smaller impacts."

The family was thrilled they were able to snap a photo with Trevor. 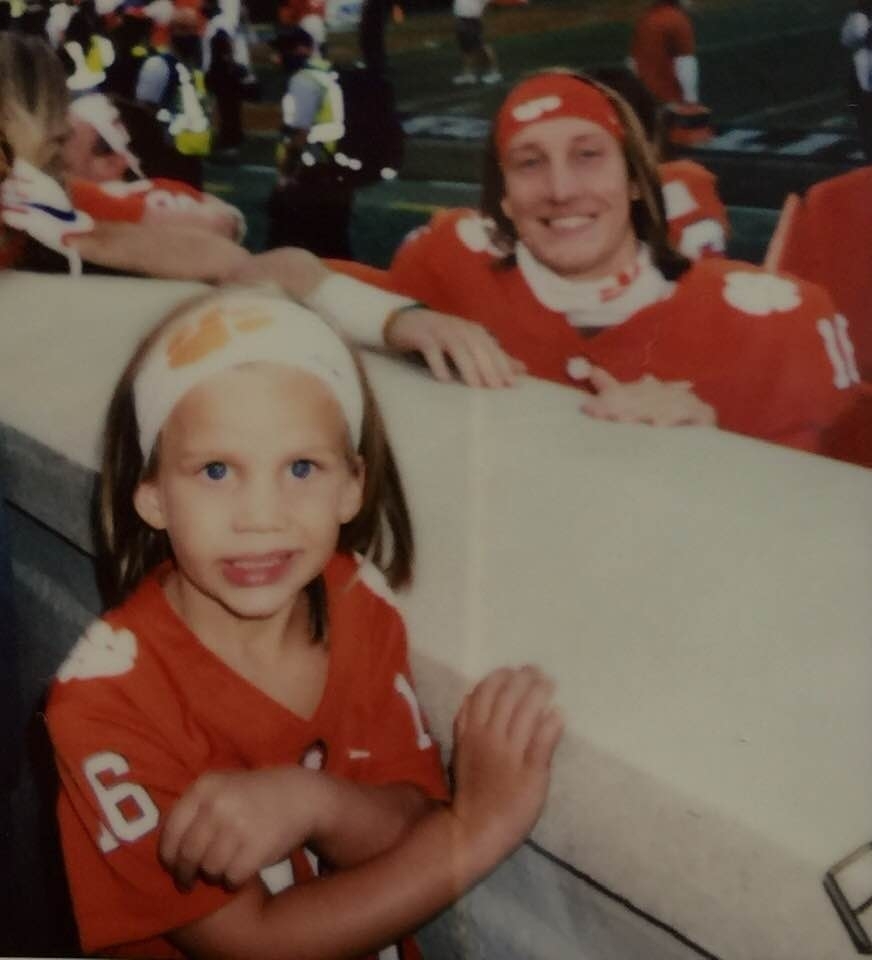 "Thank you, Trevor. You are his football, hair and Jesus role model.

"Kathleen Swinney saw him and thought it was a wig! This is for real. He has grown it out for 8 months since the Natty. How about that??! Raisin’ em Orange!" 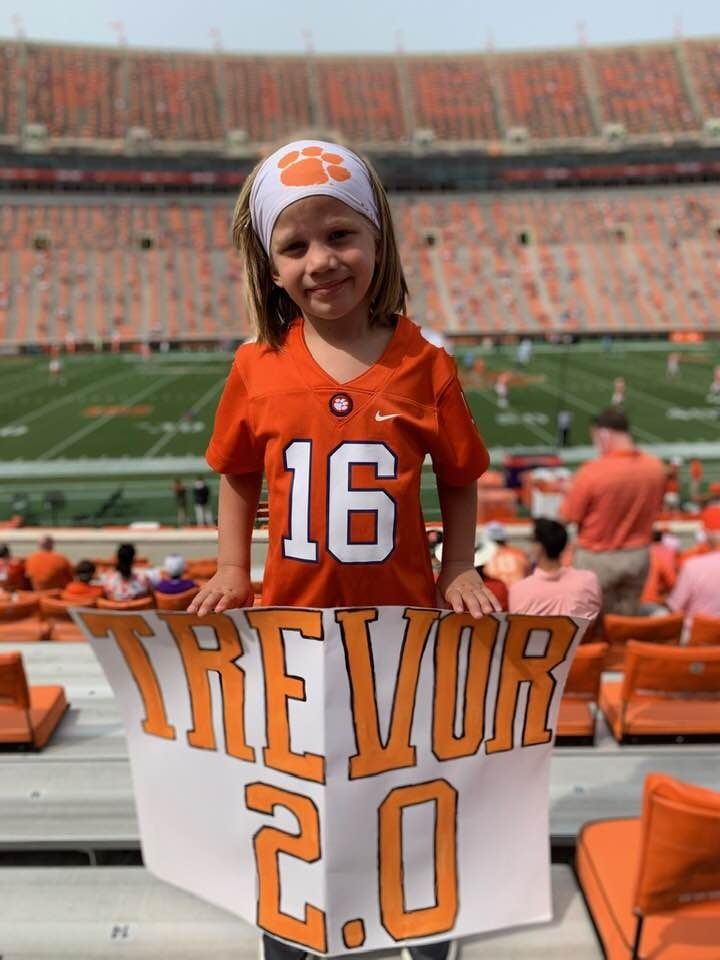